I have to admit that I was totally oblivious to WotC’s big announcement (which was first published by the NY Times) until my team member Youseph told me about it. But I don’t really follow D&D news for quite a while now. But since D&D is the grand daddy of all roleplaying games out there you can’t really ignore it either.

So, what the news at WotC? What the community suspected for quite some time now, is actually true: WotC is already working on a new edition of D&D.  If it will be called D&D 5th Edition or something else is still unclear, but Mike Mearls obviously likes the idea of just calling it “Dungeons & Dragons” and drop the edition number altogether.

This time they want to do it right and bring back the highly fragmented D&D community. This also more or less proves that D&D 4th Edition wasn’t as successful as the decision makers at WotC and Hasbro hoped for. I suspect the success of Paizo’s Pathfinder and probably even the Old-School Revolution are responsible for that.

While their goals are laudable I fear they are doomed to fail. They plan to create a new edition of D&D that shall please both fans of the recent D&D 4E but also bring back the OSR crowd. They intend to manage this by creating a modular ruleset and community involvement during the design and playtest phases. I have to admit that a highly modular D&D game could be quite interesting. The Unearthed Arcana book for D&D 3.5 was one of my favorite books back when I still played D&D. Being able to pick and choose the rules options you like in your D&D game might be pretty nifty, but in my opinion it’s very hard to pull off.

Community involvement in the design phase may also be pretty problematic. Only a small portion of gamers does participate in online communities or attend gaming convention. How do you make sure that the game appeals to this silent majority and not only to the quite vocal minority that actively participates in the design process?

I have to admit that I’m not that invested in that topic as I was a couple of years back. I wish WotC all the best and if the next iteration of D&D is a roleplaying game that sounds fun to play, I might give it a try. But if it’s not my cup of tea I’ll just play something else. There are so many interesting games out there, so that I am not dependent on Dungeons & Dragons.

Before I let the team speak their thoughts, let me share you some interesting links for you to check out later:

So, what are my fellow team members’ thoughts on that topic? How do you feel about WotC’s announcement? 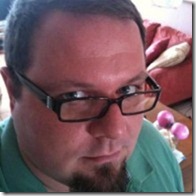 I’ve said it before and I’ll say it again, I was a D&D fan boy for the longest time! Now with full disclosure out of the way let me summarise how I feel about D&D next, or 5th edition, or however they decide to brand it. Forecast: Positively optimistic!

I’ve written about it before, after playing D&D for most of my gaming life, from Basic to 3rd edition, I was in the 4th edition bandwagon. I can’t fault a company for wanting to make a profit, or attempt to improve their game, and for the longest time I believed the success of the brand was important for the continued existence of the hobby. I tried to play 4th edition, ran a 7+ month campaign and realized this iteration of the game was not for me. I embraced Pathfinder and have not looked back.

While I always played other games, I kept going back to D&D at the end of the day. And you may make the argument that Pathfinder is not far from D&D, but by cutting the D&D umbilical cord I ended up playing and discovering many games I might not have if my gaming money was tied up to the latest WotC release.

I know I am not the only one who’s made this comparison but its worth mentioning again, deciding to give up D&D was like a break up. That’s how invested I was in the game. They’ve put together a great design team, I want to see what they come up with. Their stated goal behind the new edition is laudable, bringing together the community seems like the way to go, and learning from the fiasco of not supporting the OGL I believe is important.

I even applied for the playtest… Looking back I realize it was a spur of the moment decision, my gaming time is precious as is and I don’t see myself giving up my current or future campaign to playtest the new D&D. I want to keep abreast of the process and may just do some special sessions to try out the rules with my peeps from Puerto Rico Role Players, so we’ll see.

On the flip side, I wonder if its too little too late. I believe there is the possibility of life in the hobby beyond D&D, and It would have to be a truly great game to get me to play D&D again. I’ve healed the wounds from the break up and I’m not completely convinced I want to get back together.

I think community participation, with its inevitable pitfalls, it still a great idea. So I believe this is a step in the right direction. I don’t want an MMO like board game, but I’d love for them to integrate the DDI tools into a game I like, I liked the DDI when I was subscribed, not the game it supported. I’d love to see PDFs priced right, online support, the building of a true community. Let’s see if WotC can manage that!

Again, I’m optimistic and will follow what they do, hopefully participate in the discussion. Realistically I will most than likely get the book (books?) when they come out and read them, whether I end up playing it is another matter. Here is me wishing the best to the design team, they’ll need it. To misquote Bette Davis in All About Eve, “Fasten your seat belts, its going to be a bumpy ride!” 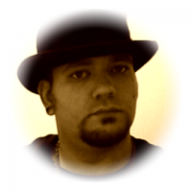 I’m not sure what to think of this announcement. As a lover of the OSR I like the fact that they are taking opinions from the community. I’m fairly positive that the alpha and beta of Pathfinder from Paizo has a lot to do with this.

My fear is that they will be taking the opinions of the gamers that are vocal. My experiences show that most gamers are not. Not every gamer is a member of the Wizards Community, they don’t all have blogs, and we all know how forums go. Sigh, I’m afraid that the input is only going to be by whiny 14 year old 4e loving twitter folks. Long story short, I opted for the playtesting, which I have a feeling is only going to be Encounters, which I do not participate in. I’ll read it over, may play it, but I’m happy with my retro clones. I doubt they win me back, but I’m hopeful as D&D was what got me into the hobby in the first place. I would love to be proven wrong.

I woke up Monday morning to a hopeful sounding Wizards of the Coast (WotC) post announcing the plans for the new version of Dungeons & Dragons.

After reading the WotC announcement I immediately started searching twitter for any other posts regarding the new edition of the beloved game and found a couple of really good ones, including posts at CNN, The New York Times, and Forbes. each one of them seemed to have a little bit more info to add to the announcement than the last.

The biggest positive thing I have seen since the announcement of the new Dungeons & Dragons game is that WotC has been way more active with the community on Twitter (and I assume Facebook). It’s like someone with in the company read a copy of Gary Vaynerchuk’s ‘The Thank You Economy’ and realized the people they are selling Dungeons & Dragons to are people with feelings and opinions and need to be heard if they wish to keep making money.

As for the stacks of 4E books I have bought? Well you know. I find that all these books from all these other RPGs I have invested in prove to be a great resource of ideas and adventures when I am planning out a game. I think they will prove themselves useful for years to come.

D&D Next is an interesting direction in which to take the D&D brand, given that Pathfinder has managed to make an abandoned ruleset successful.  Perhaps this is just a case of WotC trying to emulate a successful model, but ultimately I think that if done with sufficient care, this approach might result in a good product.

While it 4e wasn’t the success that Hasbro wanted it to be, I still felt that it was a valid game.  In fact, it introduced new ways of playing the game that were genuinely interesting, and I still hold the opinion that if it had been marketed as a different RPG instead of having the D&D name on it, it would not have experienced the severe backlash that it did from the fans of older editions.

I await the results of D&D Next with cautious optimism.  On one hand, they started on the right foot.  They found a way to make their announcement across multiple channels, and supported it with a strong social media presence.  They seem dedicated to keep those who were intrigued interested in the material by starting off with something as early as this month.  The talk about listening to the players is very encouraging, though it will take a strong design hand to stick to what works, after listening to what are possibly the most passionate (and outspoken) fans in the industry.

WotC is taking the right steps with promotion, and I’m hoping that the results of their design work will continue to show promise.  If this is Hasbro’s last attempt to make a commercially viable D&D, then they’re certainly going about it the right way.