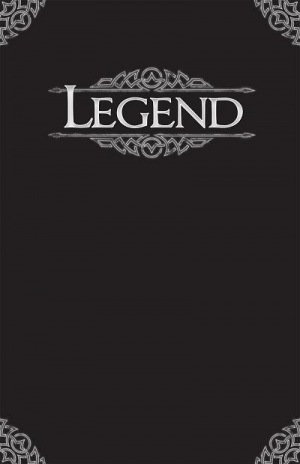 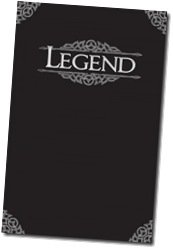 A while ago I decided to switch my fantasy campaign to a new rules system. The one that I have been using before is still one of my favorites but it didn’t quite fit the setting I had developed. At first I thought about using Fudge but I couldn’t find a magic system I was happy with. Then I gave Legend another look. We’re talking about Mongoose’s Legend here, which is basically the latest version of RuneQuest.

What I like about Legend is that it’s pretty cheap ($1 for the PDF is a great deal), easy to learn but with the right amount of crunch to even satisfy players that are bored by most rules-light systems. When it comes to everything but combat RuneQuest is a very rules-light games. And because of it’s percentile system for task resolution it’s almost intuitive.

When it comes to combat things get more complex. I have to admit when I ran the first encounter I actually had a hard time getting everything right. There’s a lot you have to take into consideration: weapon reach, weapon sizes, the level of success and many more. If your attack/defense was particularly good you are allowed to perform combat maneuvers which makes things even more complicated.

But I realized that Legend has just the right amount of crunch for me. It’s not too complex but it’s just enough to challenge me. And I consider that a good thing. From the reaction of my players I gathered that they enjoy the switch to Legend as well. I ran them through a first combat encounter that felt like a scene from an action movie. I also realized that I have to put more effort into creating encounters if I want to challenge my players. It’s a really dumb idea to let three bandit with short swords attack a barbarian warrior with a great sword. 😉

The one thing I don’t like about Legend is that the tables and lists you need to run a game are scattered all over the book. Half of the time I was leafing through the book trying to find the stuff I needed as a GM. There’s also no Legend GM screen, yet. But luckily I found a few cheat sheets for Runequest II on the ‘net that should be compatible.

The only other thing I am missing besides a GM screen is a list of common NPCs that I can use in my games. It’s actually easy enough to come up with NPCs but it’s pretty hard to get encounters right. But I hope this will get better with experience.

“You are all travelling in a Stagecoach…” Weird West pre-gens