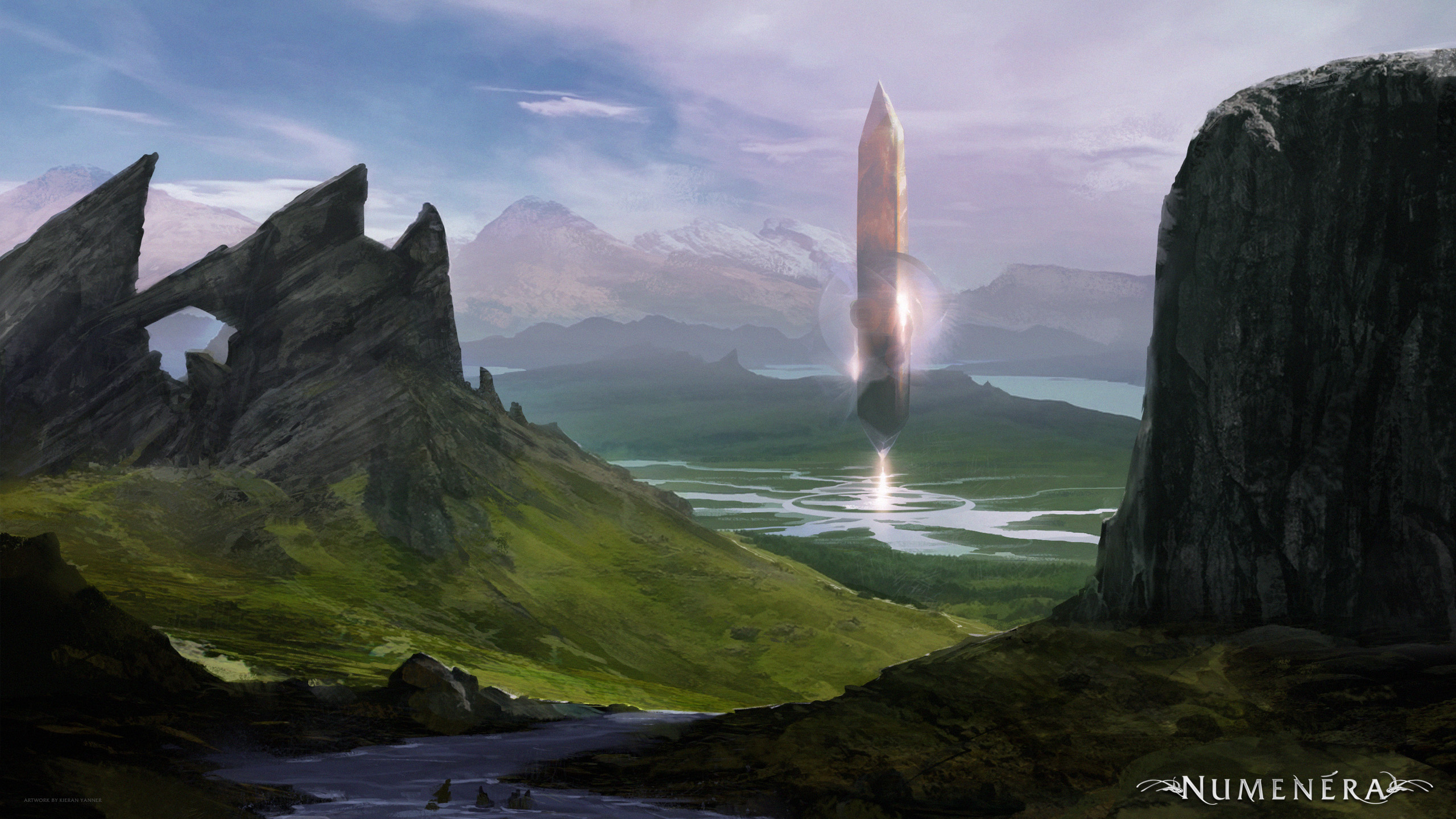 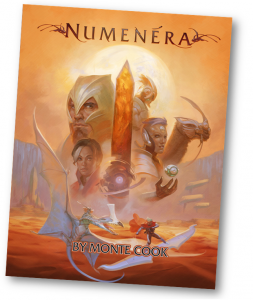 Little over a year ago Monte Cook launched a Kickstarter for his “science fantasy rpg set in the distant future”. Back then he was looking for $20,000 to fund his project. Thirty nine days over $500,000 had been pledged and it became a runaway success. With a slew of stretch goals by the time it was over Numenera had become a full fledge game line and Monte Cook Games was a reality.

If you play role-playing games, this is not news for you, unless you roll your dice under a VERY large rock. It became one of the most expected games of 2013, including here where Michael listed it as one of the games he was excited about.

Monte made good on his word and delivered the Numenera PDF to backers on August 1st 2013, then came the Player’s Guide, and those of use that backed at a certain level will soon get our physical books. My first impression of Numenera was WOW! It is a gorgeous book, with layout, maps, art, all seamlessly coming together to evocate a feeling that manages to be alien and familiar at the same time. Monte and the team that worked on the book created a fun game that is well written and transmits the excitement of those that worked on it. It’s been compared to many things but for me it was as if Planescape and Gamma World had a baby and it’s all grown up!

Monte’s creation spawned a computer game, Torment: Tides of Numenera (from what I gather a spiritual successor to the original Torment game set in Numenera), a Numenera themed expansion to Thunderstone, a Kickstarter for Poster Maps of the Ninth World, and the upcoming Reaper Miniatures. What can I say; there will be Numenera goodness for some time to come. I am definitely excited…

Check out the official Numenera webpage, read a piece of free fiction that gives you an idea of what this is all about, or join the community in the Ninth World Hub.

Whenever I talk about the game, some of the lamentations I hear more often are “Why didn’t I back this?” or “How did I miss this?” And while backing the project had a LOT of benefits, all is not lost. Today, August 14th is the official launch date of the game to the general public! You’ll be able to get the book in PDF form, in print, order it at your FLGS, today you can find out what the fuss is all about. So travel to the Ninth World and join the rest of us already there!

As a final note, on behalf of myself and my fellow authors her here at Stargazer’s Worlds, we would like to extend our sincerest condolences to Monte Cook for the loss of his father, wishing him the best through these difficult times.