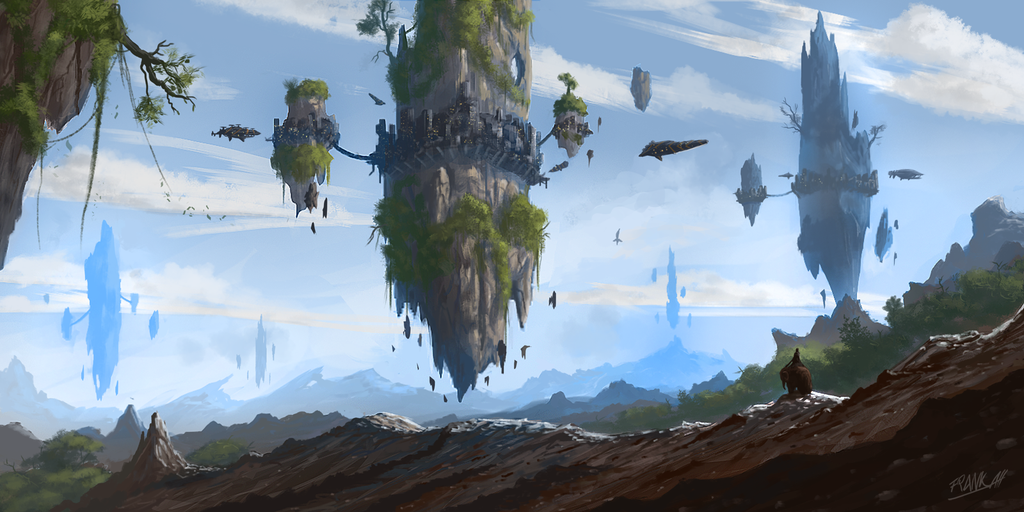 Tomorrow I’ll run my first game of Numenera. In addition to being the first time I run this game it will be the first time that I run a game for such a large group. When everyone shows up as planned, I’ll have a group of six player, including three people I never ran a game for. I have to admit, I am a little bit nervous.

The rules are easy enough, so I don’t see any problems on that front. And if everything fails I am sure I can rely on Marcus, who is at least as much excited about the game than I am. What concerns me a bit is the setting itself. While I totally love the weirdness and the everything-is-possible attitude I’m not exactly sure if I can get this weirdness across. It doesn’t help that the descriptions in the adventure I will be running are a bit vague. A few more illustrations would have helped. I guess I’ll have to rely on my improvisational skills.

In order to reduce my nervousness I already read the adventure several times, printed and bound the books I got as PDFs, charged my portable loudspeakers, and put some fitting music onto my Android tablet. It might surprise some of you that a veteran GM is still nervous when running a game. I think in my case it’s some kind of stage fright. Especially when my depression was worse this lead me to cancel whole campaigns, but luckily things are better now. I’m also pretty sure that all doubts and fears will be gone as soon as we’re actually playing.

Overall I have some high hopes for Numenera. If things turn out well I might run it on a small convention we’re planning in October. It might also become my go-to fantasy roleplaying game. The rules are so straightforward and simple that it’s the perfect pick-up-and-play game, especially if you’re comfortable with the setting.