The last two weeks were pretty relaxing. I managed to recharge my batteries, spend some quality time with my girlfriend, and played a  couple of exciting new games. So without further ado, let’s talk about gaming…

For some reason exciting computer and video games always seem to be released in batches. There are months without anything cool coming out and then suddenly dozens of exciting titles hit the store. In the last weeks I picked up the following video games: Ryse – Son of Rome, Shadow of Mordor, Civilization: Beyond Earth, and last but not least Destiny. I usually don’t talk that much about video games here, but from time to time I make exceptions. Either the games I talk about can be used as inspiration for pen & paper RPGs or they are of a special importance to me. Such is the case with all the games listed above.

Let’s start with Destiny. The multiplayer shooter/action RPG by Bungie has a great art direction and a wonderful setting – even though a lot of the background is just hinted at. For some reason it has a certain Numenera-ish vibe to it, but perhaps that’s just me. If you haven’t done so, you should definitely check out the concept art Bungie has shown off before release – it’s just beautiful! And I am sure there’s more than enough RPG inspiration to be found in the game.

Ryse: Son of Rome is a graphically impressive game, and a pretty impressive combat system which reminds me of the Batman series (Arkham Asylum, Arkham City, etc.). The main reason I’ve picked up the game is the setting. There are not that many third-person action games set in ancient Rome and it’s a lot of fun running around as a Roman soldier slaughtering barbarians.

I am still pretty early in the story, but I like it very much so far. Hmm, perhaps I should eventually run a pen & paper RPG set in Rome one day.

Civilization: Beyond Earth is something I’ve been waiting for a very long time. It’s pretty much a spiritual successor of Sid Meier’s Alpha Centauri built on top of the Civilization V engine. A lot of gamers seem not to be particularly happy with the latest installment of the series, but I totally love it. And if you are a science fiction fan like I am, you’ll surely enjoy the vision of the future Firaxis has come up with. And if you are looking for inspiration for a SF campaign, look no further.

Alas I haven’t been able to play Shadow of Mordor for more than a couple of minutes, so I won’t go into much detail here. From what I’ve seen so far, the game is fast-paced and fun, the so-called Nemesis system is a nice touch, and the graphics are not bad on the eyes either. 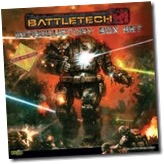 Aside from computer games I’ve played a couple of boardgames notably 1969 and Battletech. I’ve played Battletech irregularily for the last twenty-two years or so. Recently I picked up the new Introductory Box, which contains a set of high quality plastic miniatures. Even though we haven’t played the game for quite some while, we got back into it pretty quickly and had a blast. One of the scenarios we played was three Inner Sphere ‘mechs (3025 era technology) against one Mad Cat aka Timberwolf. Even though the Inner Sphere ‘mechs had two times the tonnage of the Clan ‘mech, the Inner Sphere guys had no chance. It was still a lot of fun for everyone involved. 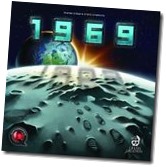 Last but not least let me talk about 1969. According to Boardgamegeek it’s a “push-your-luck style game” in which players are in charge of their nations’ space program. Even though there was some skepticism first, at the end everyone enjoyed the game very much. The rules are pretty easy and a game lasts about an hour. It’s definitely something we could play again on one of our regular pub meetings.

What have you been up to while I was away? Please share your comments below!

Out of a game, a campaign!

Dungeoncraft: The World of Asecia