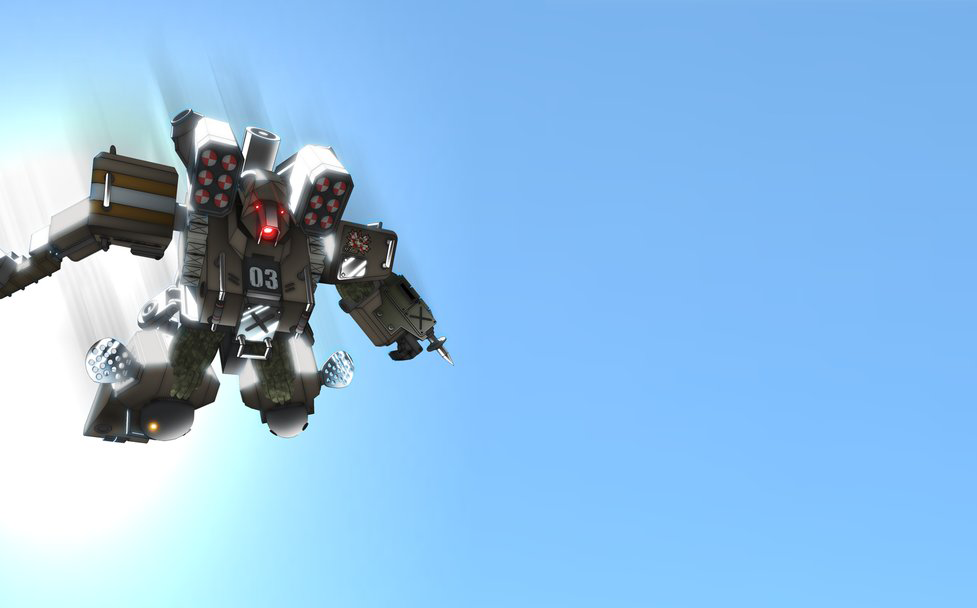 One of my favorite roleplaying games has always been the Star Wars RPG by West End Games. One of the reason why I enjoyed the game so much were the easy rules which could be explained in mere minutes. Creating a character was extremely fast as well. Just pick an appropriate template from the book and add 7D to the skills. Done!

A couple of years back, Eric Gibson, owner of West End Games, released the rules this game was based on under the OGL. The d6 System is now know as Open D6 and many fans of the system have started writing new material for the system. There are even a couple of small press publishers which have released completely new games powered by Open D6. 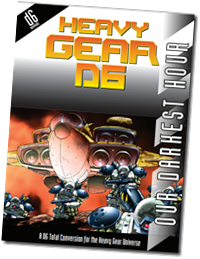 Recently I have been searching the web for fan conversions of popular games and stumbled upon an awesome Heavy Gear d6 conversion. The publisher of Heavy Gear has gratiously allowed Evan Anhorn to use their artwork for his creation, that’s why Heavy Gear d6 almost looks like a commercial product.

The 21-paged PDF contains all the rules needed to run your own campaign, but it probably doesn’t hurt if you have access to another Open D6 rulebook. I recommend picking up D6 Space from RPGNow. The conversion booklet doesn’t contain a lot of background information on the setting, so it probably makes sense to pick up the original Heavy Gear RPG as well. 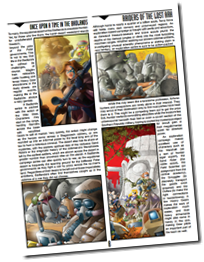 Heavy Gear d6 comes with some tips on how to frame your campaign, an extensive list of equipment, stats for quite a few Heavy Gears, and last but not least with 18 character templates. There are also three supplements already available: Gears of the North, Gears of the South, and Gears of Peace River. Additional supplements are planned and will hopefully released soon.

Heavy Gear d6 looks like a perfect pick up and play game, especially if you’re already familiar with the Heavy Gear setting. Alternatively you can use the conversion booklet as inspiration for your own Sci-Fi mecha game powered by Open D6.