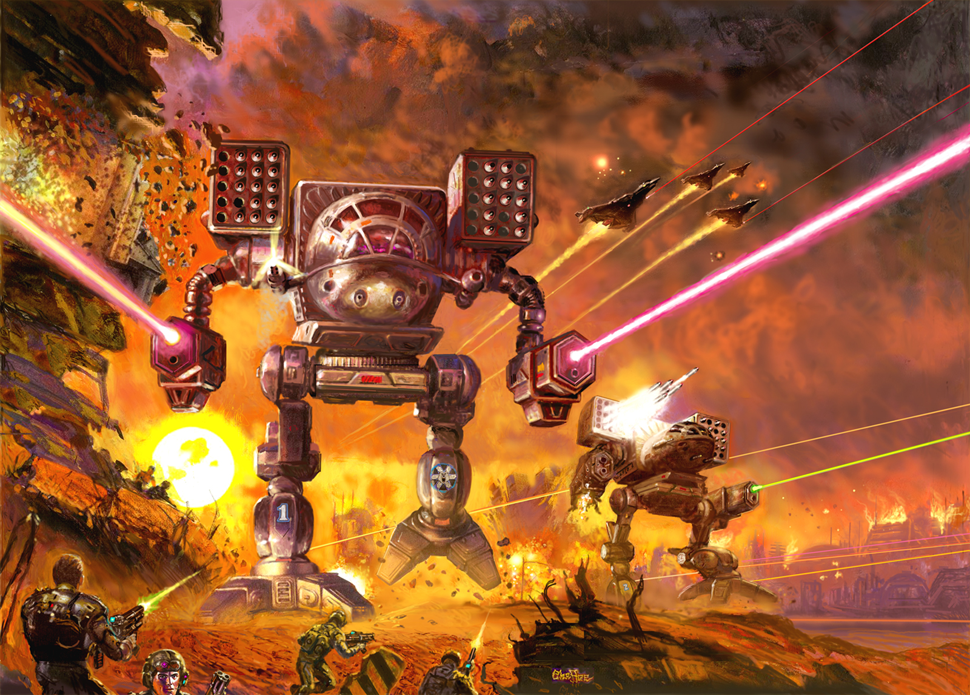 Recently I had the chance to create a character for Catalyst Game Labs’ latest Battletech roleplaying game “A Time of War”. While the core mechanic is a pretty simple and straightforward “roll 2D6 + bonuses vs. difficulty level” mechanic, character creation is rather quirky.

You start out with 5000 points to spend. At first you pick your Affiliation, then your Early Childhood, followed by your Late Childhood, and so on. It’s basically a Lifepath system where each step of your development consists of one or more modules you have to buy which grant you with experience points spent in various attributes, skills, and traits. Yes, that’s right, you don’t get ranks directly, but the XP to buy them.

In some cases you get bad traits or maluses on your abilities that you can later buy off. The whole process takes a lot of time, especially when you are new to the game. And some of the modules you pick or the traits you get XP for have prerequisites you have to fulfill at the end of character creation. The “Nobility” early childhood module for example gives you the prerequisite of having Rank 5 in either Title, Wealth or Property. If you don’t make sure you got enough XP to buy one of those traits, you couldn’t have picked it in the first place.

Luckily we all had more than enough XP to basically create the character we wanted to play. But for most of the character creation process I had pretty much no idea how my character would turn out. At the end you’re allowed to make some optimizations. If you – for example – have 26 XP in a skill, you can either pay 4 XP to raise the Rank to 3 or take Rank 2 and spend 6 points on other abilities. It’s definitely a novel way of doing things, but I am not sure if it’s really worth all the hassle.

But regardless of my criticism of the character creation mechanics the process was pretty satisfying in the end. My character turned out great and I am extremely excited to actually play the game. We decided to start the campaign shortly after the arrival of the Clans. We might even be working with the Kell Hounds when they first encounter the Clans. Let’s just hope we don’t get our asses kicked too bad.