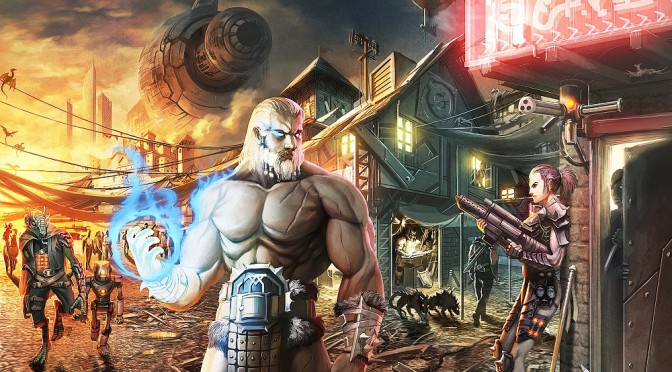 Recently I started a Titansgrave campaign using the Fantasy AGE rules. If you haven’t heard of Titansgrave before, I wholeheartedly recommend you to check it out. It’s a Sci-fantasy setting conceived by Wil Wheaton and the campaign which has been available for purchase quite a while now, has been run by him on YouTube. I’ve embedded the introductory episode below.

Since I had the impression that one of my players knew the campaign by heart, I decided to not run this campaign, but start with “The Hermit’s Road” which was recommended for players of 2nd to 4th level. After that I planned to write my own adventures and use the adventures in the Titansgrave book as inspiration.

Character creation took us several hours, not because the rules are hard, but because I had to do a lot of explaining and translating for my players. We also followed the recommendation in Titansgrave and I asked my player several background questions like: “Who contributed most to your last adventure? Now who REALLY contributed most and why is the other person getting the credit?”
My players had a lot of fun coming up with cool answers and everyone was excited to finally start playing. 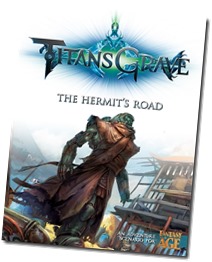 The Hermit’s Road is basically a simple dungeon romp, so it felt perfect for an introductory adventure. Alas the encounters don’t really seem to be well-designed or my inexperience as a FAGE GM shines through. The first combat encounter in the adventure really went bad and a well-rounded party of six players was almost wiped out. I had to pull all my tricks as a GM to keep them alive short of cheating. After a hour-long character creation process I really didn’t want them to be killed by some snakes especially since it wasn’t their fault. I don’t want to spoil that much here, but just let me say, that an encounter with 2 enemies per player character, which fall from the ceiling, cannot be run from and which can constrict the PCs easily was perhaps not the best decision. I get the feeling that this adventure has been designed for players who already played through the Titansgrave: Ashes of Valkana campaign and are more experienced.

But aside from that very frustrating combat everyone is really enjoying both the Fantasy AGE rules and the Titansgrave setting. I really hope Green Ronin finally releases a proper setting book later this year. I’ll post more thoughts on Fantasy AGE and Titansgrave in the future, so please stay tuned.

One thought on “Of Hermits, Snakes and Near-TPKs”