Friday at last! What a week… If you’ve been following my #RPGaDay 2016 posts you’ll notice my posting times have been all over the day this week. Work and family matters have kept me occupied, but I refuse to give up on the challenge. Let’s talk about learning.

August 19: What is the best way to learn a new game?

This subject is of great interest to me. As an educator, how humans learn, and how to facilitate these processes, is something I’m endlessly curious about. Since may of use began playing RPGs as teenagers, or even younger, it is very interesting to see how these games might have played a part in our cognitive development. For years I’ve also worked in adult education in one capacity or another and knowing adults who learn to role-play later in life is such a the contrast of how we learned as kids. Don’t worry, I’m not going full scholar for this post, it is Friday after all and you’re not here to read the abstract for my thesis. 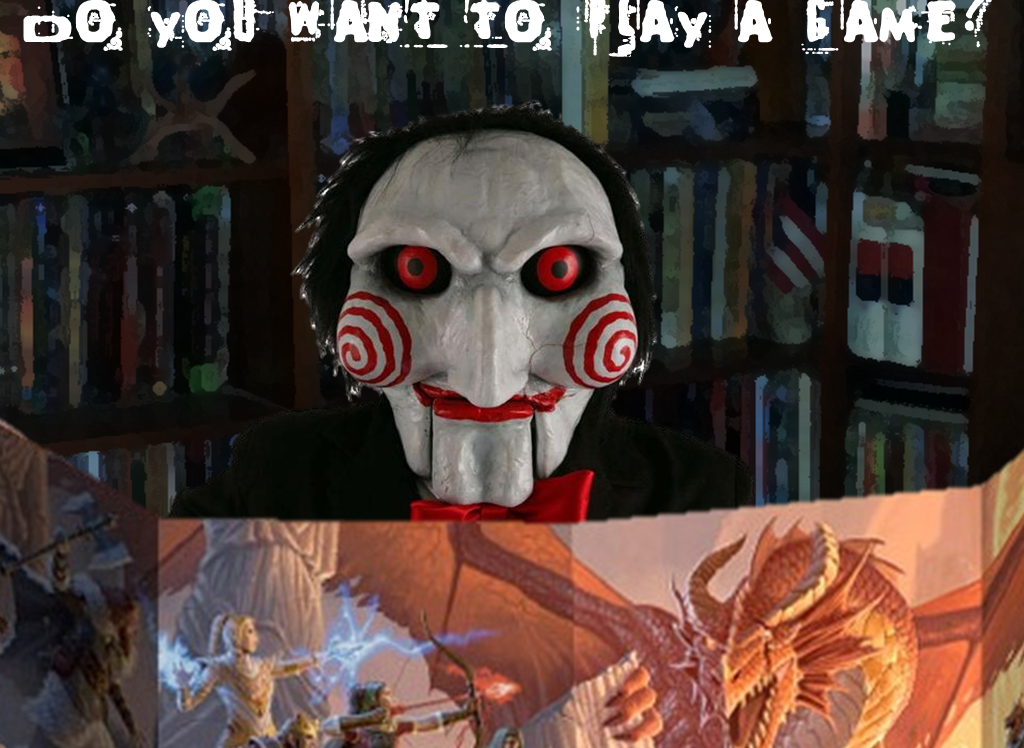 To put it in simple terms, the best way to learn a game is to play it! These last few years as part of what Puerto Rico Role Players does for the community we’ve participated in fandom conventions, visited universities and school to teach people how to role-play. Rarely do I ever sit down and explain the rules,  I do a very basic overview about the dynamics of the game that goes something like this:

“You are playing a game in which you control the action of the protagonist, like your favorite character in a movie, TV series or comic book. But unlike in movies, TV or comics you get to decide what the character does, almost like in a video game. The difference is that different from most video games there is no set plot to follow, your character can do anything you want him or her to do!”

Then I hand out character sheets and explain that: “There are numbers and rules as to avoid the endless arguments of who shot who first like when we played cops and robbers, or cowboys and Indians as kids. The numbers tell you what actions your character is good at, and what is a challenge to him or her. The dice add randomness and excitement to the game because when you try to do something difficult or thrilling, there is the possibility that you can have a great success, or that you can fail. But failure is  just an excuse for more adventures!”  That’s pretty much my sales pitch. Not verbatim, I paraphrase, but you get the gist of it.

Notice there is very little talk of what the rules are. For these types of games where I sit down to teach someone that has NEVER played and RPG, I do a lot of handholding. I run games I’m familiar with, Pathfinder, D&D, and Savage Worlds. Simple games, such as Microlite20, The Black Hack, or Warrior, Rogue & Mage; or games with really newb friendly character sheets, such as those in the Pathfinder Beginner Box which are a great help! These games usually run a little slower because I explain rules as we use them and point out details on the character sheet.

But such slow games are a rarity. With console and compute games it’s rare to encounter someone that has never played an electronic RPG and the parallels with tabletop RPGs are easy to find. Also at these convention games there is usually one or two people at the table who’ve played before, even if only briefly, that help out the new players. In my experience, new players pick up on the game easily and I’ve had some of the most creative, unexpected, and fulfilling experiences at just such games. 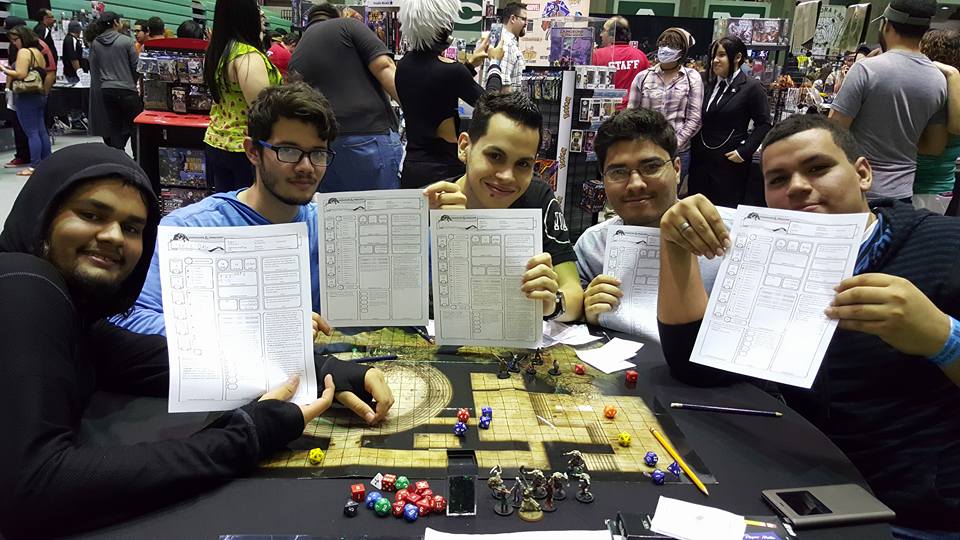 One such the demo at a convention in Mayaguez!

Experience has taught me that the best way to learn to play a new game is to actually play it. Of course it helps to read the rules, but sometimes there are details and intricacies that you just don’t get until you sit down and play, be it face to face or via a virtual tabletop. When people ask me how to learn to play, my first recommendation is to find someone that plays that game and sit down with them. If you open your table to new players, especially people that don’t know the rules, be patient, don’t overwhelm them, help them along. It could slow down game play but sharing your love for the game with new gamers is a great reward. I encourage you to give it a try!

But what if the game is new, or there are no groups interested in it near you. As I mentioned yesterday, there are many actual play examples in various podcasts and YouTube video tutorials. It may not be as good as playing the game yourself, but it’s the next best thing.

I’m not saying that you can’t learn to play a game just by reading the rules. I did it3o0 years ago! But in the world we live in, we don’t have to do it the hard way when there are so many aids at our disposal. The perfect example for me that the best way to learn a game is to play it was Savage Worlds. I had read the game, but it didn’t quiet click until I got to play it at Gen Con in 2011 at a game run by David Miller. Savage Worlds is one of those systems that’s hard to pick up by just reading the book, it makes more sense when you play it. Fate is another good example!

So whether by playing it yourself, watching others play it on YouTube, teaching yourself, or some other esoteric method, what do you think is the best way to learn to play a new game? Let us know in the comments and keep participating in RPG a Day 2016. Next stop… Saturday!

A clip from the movie WarGames, from where the title of today’s post comes from: