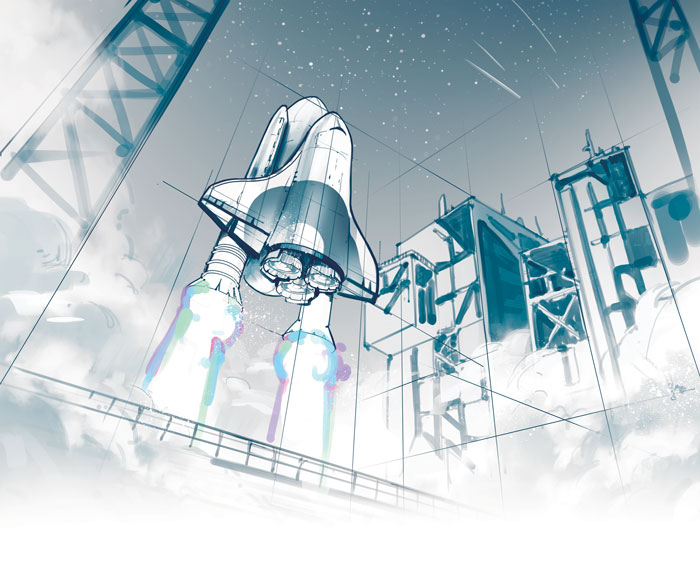 Fantasy Flight Games recently announced a new genre-agnostic roleplaying game powered by the Narrative Dice System, which is of course the system used in their popular Star Wars roleplaying games. I’ve been playing Edge of the Empire for quite some time now and I’ve learned to love the system – even though I had my doubts at first.

The new game will be called Genesys (yeah, the name sucks), but I am really looking forward to this game. For one I have always been a sucker for genre-agnostic games, and secondly the Narrative Dice System has a lot going for it.

Even though reading the fancy dice may be a bit complicated and annoying at first, it’s something players learn quite quickly. Instead of binary succeed/fail results you often get more nuanced ones. Interpreting the results can be a lot of fun and pretty rewarding. It also promotes teamwork since you can easily create advantages for other players. A full introduction of the dice mechanic would probably beyond the scope of this post, so I recommend checking out the official announcement which includes an in-depth look at the mechanics.

What I like about FFG’s Star Wars games is that they offer a lot of depth, without being too complex or hard to get into. There are countless talent trees you can use to customize your character. The classes provide the characters with some focus, but they don’t restrain you too much. I really hope the Genesys classes will be designed in a similar way.

From what we know so far, the game will include some genre-specific information and I guess there will also be setting books in the future. I’d definitely buy one based on FFG’s Android setting. But a genre-agnostic game should allow you to easily adapt existing or homebrew settings and I have no doubts the Narrative Dice System can handle this task with ease.

What are your thoughts on Genesys? Please share your comments below.

Review: Tales From The Loop