Not to sound like a broken record (or damaged MP3 would be a better analogy?) but… Well it’s D&D. My take on the common phrase that gives this post its title summarizes how I feel. D&D, the D20 system, in all different variations, is so familiar, that I can run it easily. But… (and you knew there was a but coming!)

It is exactly because there have been so many editions and versions of the game that there is always something new to try. I don’t think I would have been playing D&D still if there had been just one edition over the last 31 years I’ve been playing.

If you take the system out of the equation, and think about the type of game that’s easiest for me, I would say intrigue and political games. Games where the players must deal with the machinations of power groups and secret societies, navigate politics and religion and use their wits to get out of situations beyond the battlefield. 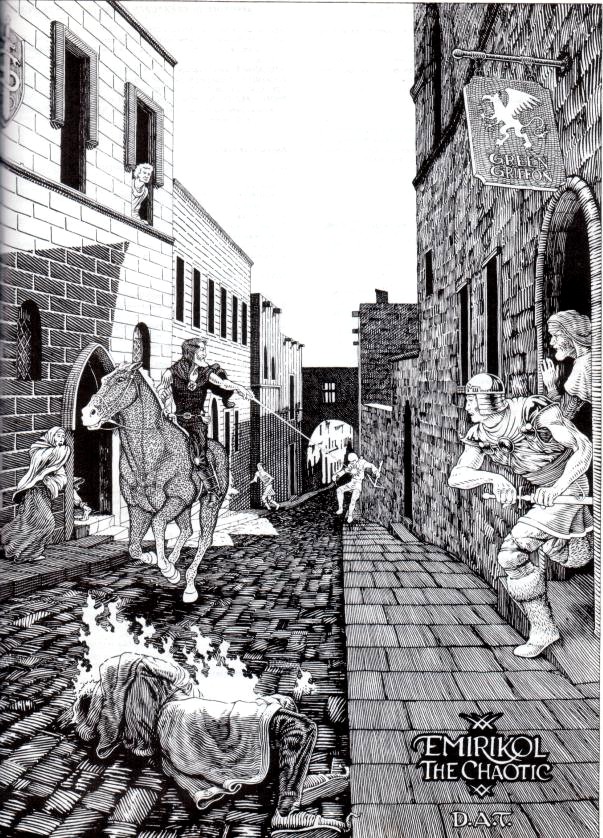 Emirikol always starts with diplomacy… Diplomacy is what he calls his Death Ray!

I can hear some of you saying, “And your game is D&D?” There is the perception that the mechanics of D&D, in all the variations, do not support this type of game. And true, not all versions have, but this type of game is more a matter of the GM and the players than the system. Of course, there are systems that support this. Having recently played Legacy: Life Among the Ruins 2nd edition (the Kickstarter ends the 24th so check it out), a game Powered by the Apocalypse, I can see how such a game would support the type of campaign I enjoy… But I truly believe you can role-play with any system, if the players and the GM all know what they want to play.

Which RPGs are easiest for you to use? Let us know here in the comments or tag us in social media.

To Savage or Not to Savage