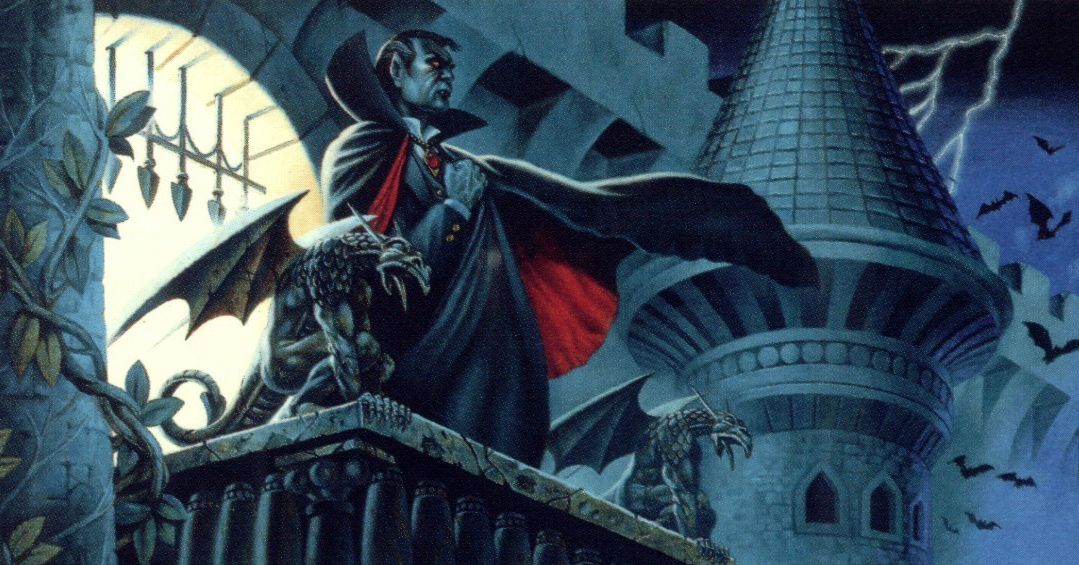 Halloween is definitely not as popular over here as it is in the US, but I just had the thought running a horror-themed roleplaying game in the days around the end of October could be a fun thing to do. Last weekend I installed Ravenloft: Strahd’s Possession on my PC and played it for a couple of hours basking in nostalgia while cursing the wonky controls and way too fast combat. So it’s only natural that the idea to run a Ravenloft game slowly formed in my brain.

There’s only one problem: I don’t like AD&D 2nd Edition that much, and I don’t think I have a copy of the AD&D 1st Edition rules. Since it’s 2017 I could probably use one of the many available retro-clones from Swords & Wizardy to Lamentations of the Flame Princess to run a Ravenloft game, but I am actually not sure how easily I could pull this off. From what I understand most of the D&D simulacra I’ve played in the past are based on Basic D&D and older editions.

I am pretty sure there are people much more familiar with D&D in all its iterations among my readers, so I hope you can help me out a bit. How hard would it be to run Ravenloft with – let’s say – Swords & Wizardry, or are there any other retro-clone better suited for the task? Any advice in this matter is highly appreciated!