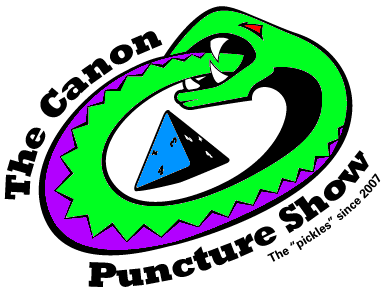 I checked the blog stats this morning an noticed that the  site http://www.canonpuncture.com/ links to my blog. I have to admit, I’ve never heard from that site before and checked it out. I found out that Canon Puncture is a roleplaying game podcast that published its 73th episode just a few days ago and the latest episode is actually talking about my blog post “When your campaign has jumped the shark“.

I had a lot of fun listening to episode 73 of “Canon Puncture” and I am sure you’ll enjoy listening to those guys talking about RPGs, too, so check this podcast out if you have the time!

We need an alternative to DriveThruRPG