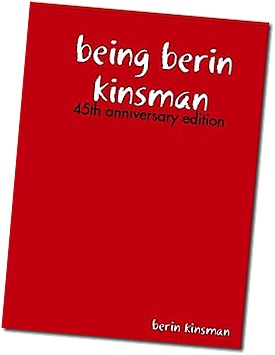 Expect drama, adventure and a lot of Berin’s humor. Learn about his crazy grandma, read about his time as a mercenary, or join him as he travels to East Berlin during the Cold War! And the best thing is that it’s all true. Ok, 97% of what’s written is the blunt truth. But you never know if this statement is part of the 3%. And Berin won’t tell. Not even under the threat of torture. And believe me, I’ve tried!

However, if you want to learn more about the father figure of RPG bloggers, you really should buy this book. You won’t regret it!

Harassment and the Gaming Community – A few thoughts