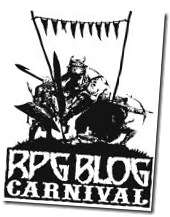 On January 9th 2009 I wrote a post called “Goals for 2009” as part of that month’s blog carnival. It was about what things I wanted to achieve in 2009, both in gaming, blogging and personal life. In this months blog carnival hosted by Jeffrey from The Bone Scroll we look back at our lofty goals from earlier that year. Is it a look back in shame? Or did we achieve our goals?
Ok, let’s look at my goals from January 2009:

So, 2009 turned quite different than I expected. I didn’t achieve most of my goals, but  when I look back I am not dissatisfied at all with how things turned out. Instead of fulfilling the lofty goals I had in January I achieved things I never had even dreamed of. And that’s a good thing!

Opening Stargazer’s World to other authors