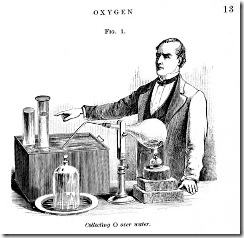 This time I want to talk about skills in Gears. In my last post about Gears I explained how the core mechanic works. Usually you roll 3d6 (add some modifiers) and compare the result to your Mastery Level. The Mastery Level is the sum of a primary trait value and a skill rank.

So, what are skill ranks? In Gears skills are ranked using the following ladder: untrained, novice, journeyman and master. Each rank has a corresponding modifier. Untrained gives a –2 modifier, novice grants a +0, journeyman is +2 and master adds +4 to the Mastery Level.

Let’s look at an example: The Security skill is listed as an Agility skill, so you have to add the skill rank to the Agility value. If your character’s Agility is 14 and you are a journeyman in Security, the resulting Mastery Level is 16. In order do succeed at a routine Security task, you have to roll 3d6 and the result must be equal or under 16. Sounds easy enough.

But there might be complications that make that roll harder. If the character tries to perform that action in near total darkness, the roll get’s modified by +6. Or if the GM decides that the lock you try to pick is of above average quality, he may make the check a Challenging one, which adds +2 to the roll.

The important part to remember is that the Mastery Level is always set, all circumstantial modifiers are added to the die roll!

The last thing I want to write about today are skill groups. Skills like languages,  science and profession are not one but many skills. When you pick one of those skills you have to decide which language, science or profession the character is proficient in. The core rules include a couple of examples, but basically GMs and players are free to come up with new languages, fields of scientific study and profession as they see fit. You can take all skill groups several times, as long as you pick new specializations every time.

As always I am looking forward to your thoughts and comments. Do you like how skills work in Gears or would you make some changes? And I want to thank Joshua Macy for helping me refine the core mechanic to its current form. It’s much better now, than it was before!