This news is already a couple of days old, but I thought it wouldn’t hurt to post this here:

Recently Evil Hat Productions has made the whole 39-paged Baltimore chapter of the upcoming Dresden Files RPG available for free. The 13 MB preview PDF file gives you a good glimpse of what to expect from the full game.
The Dresden Files RPG will be powered by an updated version of the FATE rules and from what I’ve seen so far, they’ve made quite a lot of changes from Spirits of the Century. 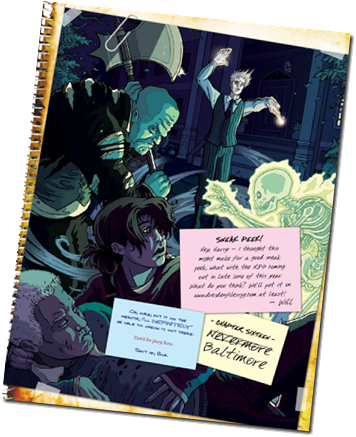 You can download the PDF from the following sources:

In order to save Evil Hat some bandwidth, please use the DriveThruRPG link. Thanks!
The preview PDF definitely reinforces my decision to pre-order this fine RPG as soon as its available. It’s a must-have for all fans of both the FATE system and Jim Butcher’s novel series about the wizard Harry Dresden!