Today I created an one-paged character sheet for “Warrior, Rogue and Mage”. Enjoy! 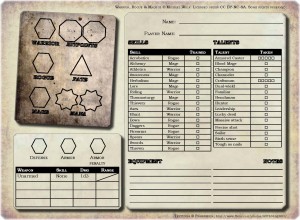 The character sheet can be downloaded as a PDF file on the WR&M product page at Stargazer Games.