As I sit here pondering about role-playing games, in my turkey fuelled semi-conscious state of mind, the mind wanders to all those unused campaign ideas that pile up through the years. If you are a Game Master you know what I mean, all those snippets and ideas that show the promise of becoming a game, or maybe, just maybe, a full fledged campaign. I have dozens, if not more of those. But for myriad reasons, time, player interest, whatever it may be, many of these ideas remain just that, a good idea,

I’ve been lucky to use many of those ideas; my last few campaigns over the last 4 years have been the realization of finally using those ideas. That’s why I keep notes, play with the ideas every so often and write them down. I’ve found that helps.

But this post is NOT about this, it’s about something else…

As I sat here pondering about future games my mind wondered to role-playing genres I have not played or game mastered. Fantasy has always been my poison of choice, much like Youseph mentioned he plans to do with his group on his recent post, we typically play long fantasy campaigns, peppered with interludes of other genres.

(Mind you since 2007 I believe at least half of those 5 years have been spent playing non-fantasy games so our tastes just may be changing, but this is an analysis for another day!)

Going down the list fantasizing about all the games I will be running from now until we sit around the table at the old role-players home, there are some genres I really have NO idea what I would run. This is the dearth of ideas I speak of in the title (not meant as a commentary on, the industry or anybody in particular, might seem as stating the obvious, but let me put it out there for clarity’s sake!), let’s look at the games: 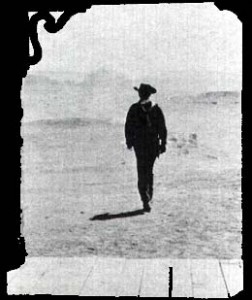 Westerns: I actually ran a con game in this genre not too long ago. (You can read about it here and here!), and Weird West is a great game that really got my creativity going, but I must admit that after that game I have found it difficult to come up with new ideas. Some of the gamers that played have suggested we should play Weird West again, but I cannot come up with other ideas. I have seen a lot of westerns, this is not my favorite genre and for the longest time I avoided westerns after overindulging in my childhood. Still there are some excellent movies and series made in recent years, but I cannot come up new ideas to play a western.

Military: I’ve played some pseudo-military games, but never a hardcore, realistic one. What do I mean by pseudo-military? Well it’s the type of games that plays lip service to the conventions of military organizations, i.e. players are soldiers or officers and the military provides equipments; but in reality there is no realistic approach to how these “soldiers” interact with the organization they work for. There is a reason for this; I am not a military man, and my knowledge of the organization and chain of command is more based on pop culture that reality. I don’t think I could make a realistic military game seem right. The only game if this genre I have player was Twilight 2000, and the GM managed to make me feel like this was the depressing aftermath of war. As good as he was as a GM; this was not my favorite game. I guess there are no ideas here because I am not that interested. 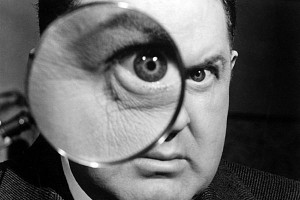 Espionage: And this one is the one I mind the most! I love spy movies, since childhood and still as an adult. Smart political thrillers, conspiracy riddled cold-war dramas, silly spy romps, they all lure me in. Today the SyFy channel was showing their Bond marathon and I could not pull myself away… And I’ve watched all these movies many times. I have several espionage themed role-playing games, Top Secret S.I., Spycraft, even the James Bond 007 rpg, but for the love of me cannot come up with campaign ideas.

I have given this some thought, all my ideas seem to be appropriate for a single spy, or even maybe a very small group (a leisure I cannot afford). I cannot really conceive of a scenario where my 7 players all have something to do. Sneakers is perhaps the best example of the type of adventure I should be thinking of, but I cannot really come up with ideas for a spy game. And I want to play one; I know I would love to set it during the Cold War, in the 80s. I just need ideas to actually play a game…

So those are the thoughts that run through my mind tonight. What about you? What are the genres you cannot come up with ideas for, any suggestion to get my juices flowing on these genres, specifically the espionage one?

I’ve got supers on my mind…