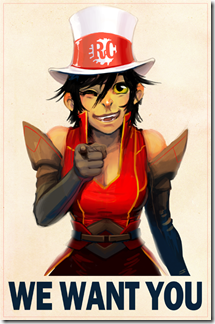 Some time ago we reported about Rule of Cool Gaming’s Legend RPG. In the meantime over 20,000 copies have been downloaded, which is quite an achievement. And since all the proceeds from the core book go to Child’s Play, you’re actually doing a good deed by picking up this game.

Now Jake Kurzer, Creative lead of the project, runs a Kickstarter project to raise some more money for artwork for Legend. At the time of writing, the project is already funded, but more money will go straight into more art and they also plan to make more leather-bound books available!

By the way, the project will end on Monday, April 2, so you still have a some time to decide if you want to back it.