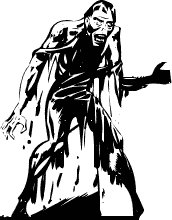 Because no one demanded it, here is more information about the latest adventure I’ll be running, the MARS Project, a zombiepocalypse game. I wrote about it last week (and tweaked the text a little bit, nothing major but you can click on the link to read it!) and after that we sat down to create characters and play our first session. Alas we never got to it. Since we are learning a new system we took out time making characters, I answered questions and gave them a rundown of the system and the setting.

The players also shared their character concepts. I had told them, as an incentive, that I would be giving them some extra experience points for pictures and character backgrounds. Not everybody was set on their concept, so not everybody had a picture or a backstory. I also shared with them some more detailed descriptions of the NPCs inside the MARS Project facility.

So I’ve decided to share some more of the preparations and the backgrounds my players created. We are ready to start playing, next session we are jumping in into the action.

Before I get on with the post, one last thing… I have a great set of players and I really want to thank them for their contributions to this and every game I play. This time around it’s Pierre, Luis, Fernan, Carlos, José and our visiting player Enith. Watch out for the undead! 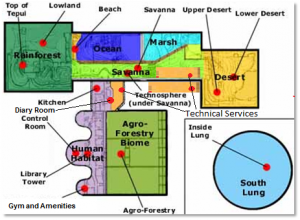 OUTSIDE the MARS Project

For this last character my friend Carlos surprised me with a terrific written character introduction. I’m sharing it here with you after getting his approval to do so. This next part was written by Carlos Matos, good friend and player…

R: Hi! And welcome to “Red Hot”. We have a great show. Tonight’s guest is the controversial, sometimes misunderstood, but always “Hot” DJ Master Justice. Welcome to the program.
MJ: Lovely to finally meet you. Let me tell you that you are more beautiful in person than what I expected.
R: Oh! Thank you. Ahem! There is a rumor that you are about to embark on a new project, but let’s start how you end up been a rap artist. You started in sports, specifically in Baseball. Is that right?
MJ: That’s right, baby! I started playing since I was a boy. My father was a fan of baseball and he used to take me to the Tiger’s games.
R: So you are from Detroit?
MJ: Hell Yeah! Born and raised in south Detroit.
R: Someone told me that your father named you after a baseball player.
MJ: Yes! After the great Roberto Clemente, I wanna give a holla to the Boricuas in tha house. Whoop whoop!
R: So it is true that your real name is Roberto Rodriguez and that you are from a Latin descent?
MJ: Yes. My father was Puerto Rican and my mother from Detroit.
R: You grew in Detroit, but you didn’t study there.
MJ: No, I went to the U.
R: You went to the University of Miami on a full scholarship, where you broke four of their records.
MJ: Five, and I still hold them.
R: You had some problems there. Tell me what happened?
MJ: They were making money selling my jersey, using my image and number in commercials for Nike and Gatorade, while I was eating Chef Boyardee. So I decided to go Pro.
R: You were a Boston Red Sox for three years.
MJ: That’s right; I was part of the 2004 championship team. Here look, this is the championship ring.
R: Why didn’t you keep playing? Was it because you were up in jail for having a problem with the law?
MJ: NO, the next year we won, I had an ALC tear that took me out of the game for a whole year.
R: That’s when you had your incident in the discotheque club?
MJ: I was having some fun with friends when this guy started insulting me telling me that I was robbing the team organization for the millions they were paying me without playing.
R: Accordingly you shot him?
MJ: Hey! I was declared innocent.
R: How did you end up with drug problems?
MJ: I was with the wrong group of people at the wrong time.
R: You were out of jail within the year for good conduct. Why didn’t you continue to play in the Major Leagues?
MJ: They said I was a bad influence, so there were only a couple of teams interested in me, but they wanted to send me to the Minors. Ha! Me to the Minors! So I told them to…beeeeeeeeeeeeeeeeep!
R: Subsequently, you came out of jail with new tattoos and a new attitude. How was it that you started in music?
MJ: MY cell mate was D. Trigga. He saw me writing some lyrics, said that I had talent, and when I came out, I had a record deal waiting for me.
R: Consequently, you two became partners.
MJ: Yes.
R: Therefore you became the owner when he was shot to death coming out of a concert.
MJ: What are you trying to say? He was my brother from another mother.
R: Changing the subject, the MARS Project, what’s that?
MJ: Well it stands for Miniature Arcology Research Simulacrum. Some of the companies involved in this are of course Tombstone records, MTV, Coors and VID. Yo! People you better check it out, it starts this month on NBC every Tuesday night at 8pm.
R: You heard him. This is the show for tonight; see you next week in “Red Hot” Goodnight.

I really enjoyed that, thanks for Carlos for that. If you are interested I can share some of the other player backgrounds and keep you updated about how this experiment with Savage Worlds is going. If anybody is interested, just let me know if you are interested in the comments. Thanks for readying.