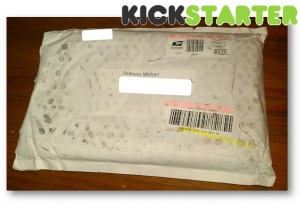 Some time ago I wrote about a Kickstarter I was backing Mass Transit IV Maps and More. I was really excited following the project, seeing him reach his goal and the stretch goals. Once the project was funded Christopher West was terrific with his updates and soon backers began to receive the digital copies of the maps in PDF.

I was very pleased to be a backer. The ship, variants, and other tiles in digital form alone made it worth it. Then about a month ago I got the package in the mail. About a week later I opened the envelope and explored the content… Why a week later? Believe me it was NOT a comment on the quality. The fact that I had seen the files in digital form alleviated some of the anxiety, but I was simply too busy with RL to stop and enjoy the maps. 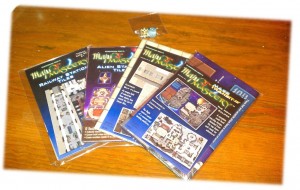 When I finally did I was NOT disappointed. I backed the project at a level where I got the Mass Transit IV map, the Deck Space poster map with tiles, the Alien Starship tile set, the Railway Station tiles and a pair of dice. You can see in the picture the whole content in the envelope. They were well protected and arrived in pristine condition.

The tiles and maps were of excellent quality, and offer great combinations to set up various setting for your sci-fi game. The main attraction the Nova Eclipse looks great and is an awesome ship to use as a transport for a group of adventurers. The ship would be perfect for any game from Star Wars, to Traveller to Savage Worlds. I am itching to use it. A plus, the map’s docking port side matches up with the artist’s other maps to create a giant docking port. What can I say? Got to have them all! 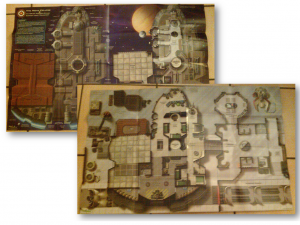 My one complaint is that the maps and tiles are not laminated.  I was aware of this when I pledged to support the project and I am not complaining because of quality. The maps and tiles are glossy and durable, I accidentally placed my map on a wet table, noticed right away and wiped it clean and the map was undamaged. I won’t recommend getting it wet but the material is durable. I just wish they were laminated like the Paizo Flip-Mats. Even if they were a little more expensive, I would love to be able to write on the map with markers. Mr. West, take my money! That notwithstanding, I am really happy with the maps and tiles. If you like anything you see in this post they are available at the Maps of Mystery store.

I must admit that there is one thing that baffles me about the maps, the color border on some of the squares. Some are red, others yellow, and I have tried to figure if they signify what squares you can and cannot cross, or maybe the color is selected so the borders of each square can be defined. Maybe it’s a miniature game thing. I do not mind the lines; I just have NO idea what it means! Anybody know?