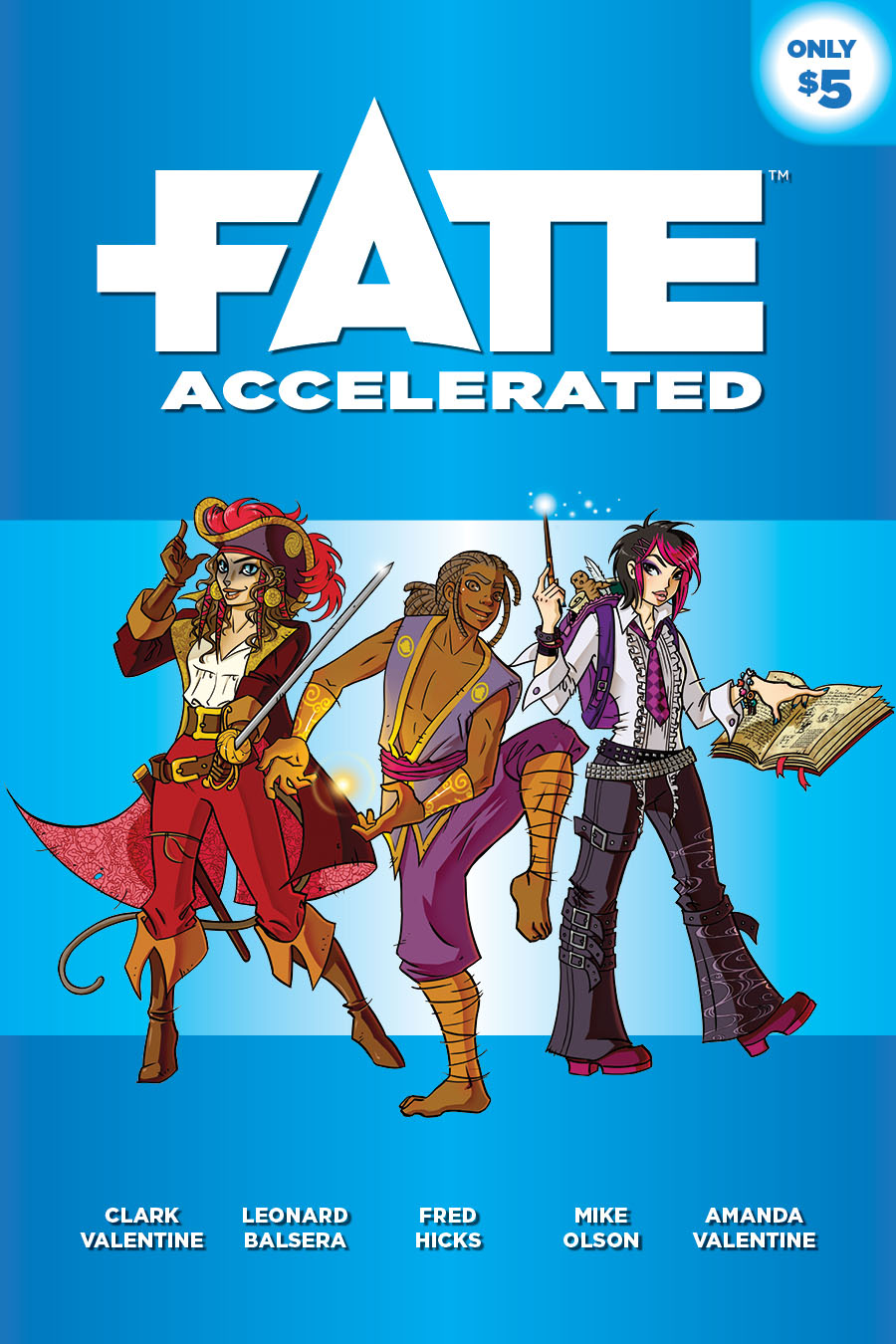 At first I want to apologize for not having posted in a while. At first I was busy with preparations for our German Free RPG Day convention and then my mental health issues kicked in again. Sigh, sometimes life just isn’t fair. But let’s get to the topic at hand: Fate Accelerated.

Ever since Fate Accelerated was announced as one of the stretch goals during the Fate Core Kickstarter I was extremely excited. A simplified Fate Core ruleset on just 32 pages sounded just awesome.

Recently I was asked by a friend if I could run a game using Fate Accelerated for him. We haven’t decided on a setting yet, so I thought it would be very interesting to look at the games other people have run using FAE. So please, my dear readers, let me know what you used Fate Accelerated for. Did you use vanilla FAE or did you switch some things around? Please share your experiences with us! As always every comment is highly appreciated!