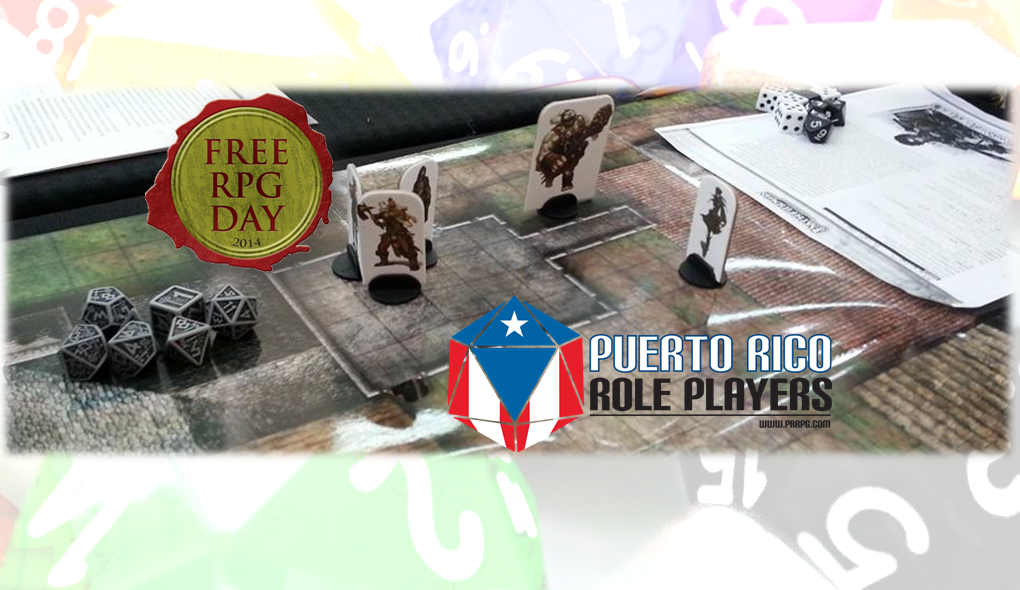 This past weekend, June 21st to be exact, I participated of Free RPG Day for the very first time. To the best of my knowledge, this is the first time stores in Puerto Rico participate of the event. Despite my lifelong love for role-playing games, and my active participation with Puerto Rico Role Players promoting our love for our hobby, we hadn’t had stores participate in this initiative. Last year as a group we shared information about it with several stores, but back then there were no takers. This time around three FLGS participated, and I could not be happier.

I fact, the number of gaming stores had greatly increased in the island over the last few years. From one comic store than carried games, and a couple of local places that mostly concentrated in CCGs, these days there are at least 11 placed where you can get RPGs and in almost all you can play as well! That’s amazing growth in a niche hobby… True in most places RPG games are NOT the only thing being sold, usually there are board games, miniature games and CCG tournaments right along the RPGs. In many placer RPGs are not the main business, but they are present. And in my humble opinion, the hobby is growing locally.

Like I said, last weekend three stores participated. Paladin Books & Games in Isabela and ISD Gaming in Aguadilla, both in the northwestern part of the island had Free RPG Day activities. I went to Gaming Zone in Bayamón. While I would have loved to visit all stores participating that day, distance and previous engagements kept me from going to more than one place. The owner of Gaming Zone, who’s been inviting Puerto Rico Role Players to participate at the Puerto Rico Comic Con for the past three years, was kind enough to open his doors to us (he opened the store early to accommodate us!) and allow us to host games for those interested.

I got there at 9 AM, and unlike Free Comic Book where he lines at comic stores are huge, we only encountered a trickle of gamers arriving early to get the freebies. I think it was a combination of starting too early, and the fact that we planned the activity way to early when compared to the stores regular hours. Live and learn… But surely enough people arrived, from young gamers with his siblings looking for the Mage 20th anniversary quick start (which was VERY sought after and was gone pretty quickly) to old timers looking for what’s new. 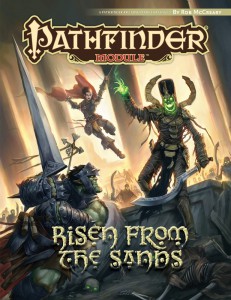 I had intended to run the Pathfinder adventure, Risen from the Sands, but since a few of those that sat down to play my game had picked it up we decided to play a short adventure I came up with some time ago. They used the pre-generated characters in the Risen from the Sands adventure; all classes form the upcoming Advanced Class Guide, and we played for a while. It’s a pretty straightforward adventure, but for the next three and a half hours we rolled dice, laughed and had fun!

What was the adventure about? A group of players transporting the head of a fallen orc war leader as a token of peace towards the defeated orc hoards from the human ruler. I gave each of the PCs a little backstory and motivation and they ran with it. It was a lot of fun. I had three people with varying degrees of experience playing Pathfinder and a person new to the game (but not D&D) during my game.

I wonder; would any of our readers in the blog be interested in me writing the game up, a short description, not a full module mind you? I could clean up my note, let me know…

There were other games played that day. A 13th Age demo run by Jesús Luzón, a D20 Modern game set during the Vietnam War and run by Edwin Crespo. At least a couple of people played role-playing games for the first time; it was a fun filled day!

For me it was extra special, since after Free RPG Day I got to go out that night and celebrate my birthday (which was technically the day before, but we partied Saturday). There as a Board Games Extravaganza the next day at another local store, The Gaming Pit, but after too much partying Saturday I could not make it. Regardless it was a great day for gaming in general in Puerto Rico!

Allow me to share some pictures from that day: 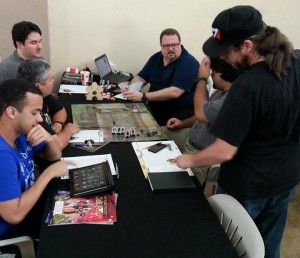 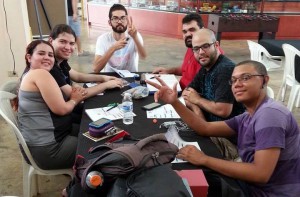 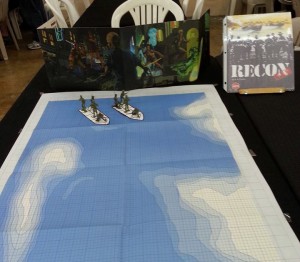 I want to publicly thank the folks and Gaming Zone for inviting us, I hope as a group we can participate in all Free RPG Day events. See you next year…

PS – If a lot of the links in this post take you to Facebook pages, don’t be surprised; that social media site has a lot of users in Puerto Rico, for many business here, Facebook is their main online presence. The first link to Puerto Rico Role Players takes you to our Facebook group; we also have a G+ Community and a Twitter account. Look us up!