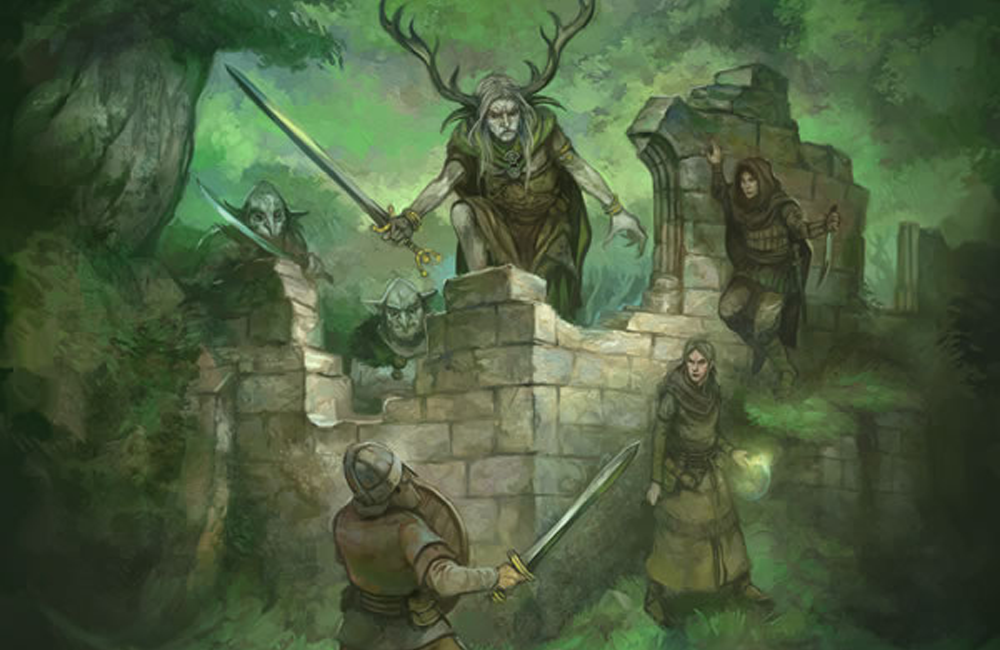 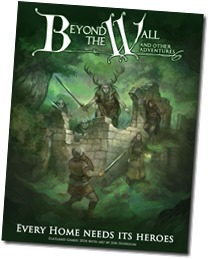 Yesterday evening I had the chance to create my first character for Beyond The Wall by Flatland Games. I have a digital copy of this fine game on my harddrive but alas I haven’t had the time to give it a closer look. So I was glad about being given the opportunity to actually play it.

Beyond The Wall is a very interesting D&D retro-clone which combines elements of old-school gaming with a couple of more recent ideas. The rules mechanics are clearly based on D&D, while character and setting creation reminded me of what I’ve seen in games like Apocalypse World or various Fate games.

You start creating characters by picking one of the available playbooks. I chose the Self-Taught Mage, which turned out to be a pretty cool choice. But the other playbooks are definitely as interesting. After that you can note down your starting stats. In my case, my character had an intelligence of 12 and all other attributes started at 8.

The next step is rolling on a table from the playbook which tells you something about your childhood. In my case I found out that my father was a stern but fair watchman. This also raised a couple of my character’s attributes. This step was done by every player at the table. The important part is that everyone in the group knows the story of the other players since the members of the group are meant to be childhood friends.

During character creation we slowly revealed more information about our characters’ backgrounds. Each step provided each character with more story details, improved their stats and provided them with skills, items, and spells. During several steps the players were allowed to add a place to the town map or write down an important person. All these information is later used by the GM to generate an adventure.

Ah, I forgot to tell you why the game is called Beyond The Wall. The premise is that the people of the village the game is set in, seldom leave the confines of their home town. It’s pretty much unknown what lies beyond the walls. The player characters have lived their whole lives in this village and know everyone else. The character creation makes sure that you care for the town – the players helped to create it after all – and that your character and your fellow player’s characters have common history.

After we created our characters and filled out the character sheets, we generated a story hook for each players. Strange things have been happening lately which included cattle mutilations, a gruesome murder and a strange disease affecting the crops and threatening the harvest. Next time we’ll start the adventure where we’ll get the opportunity to find out what causes these troubles.

Overall I enjoyed this kind of character creation very much. Usually I am not too fond of random character creation, but the creators of Beyond The Wall took great care that each result is interesting and adds something memorable to the character.

The GM-side of things is pretty cool in Beyond The Wall as well. The game is designed in such a way that you actually don’t need to do much prep if at all. After the GM and the players generated the setting together, the GM can roll up the rest based on the story hooks generated earlier. Of course you need to be able to improvise and think on your feet – which is expected by any GM worth their salt.

I am pretty excited about our next RPG pub meeting when we’ll actually start playing. If things turn out as planned I will post about my experiences next month. So please stay tuned!