So we come to this, day 30, the penultimate day of #RPGaDay 2016. So much fun! As I’ve said before, August has been a rollercoaster. Like last year, RPG a Day 2016 got me back to posting regularly in the blog after a long spell of inactivity. This year RPG a Day came at a month were some of the elderly family members I help take care of were unwell, I had a lot do to at my new job, plus Nilda and I were getting everything ready for our wedding next Thursday. An auspicious month, but very busy; everything seems to be going as planned now, and as everything draws to a close, we’re ready to end this challenge and I’m ready to get hitched. So let’s get this post out of the way!

August 30: Describe the ideal game room if your budget were unlimited.

Day 22 last year was about a perfect game environment, and while I went into some details of the amenities I would like, I did one of my sappy cop outs and said that my ideal place to game is where I can have fun with my friends… I still mean that, but this time around let’s take it seriously and map out my ideal RPG Crib! 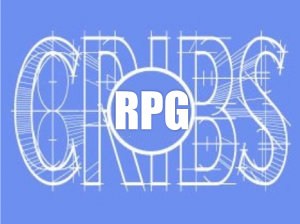 The ideal game room, with an unlimited budget, would be inside a house dedicated to the game, an RPG House. It would ideally be located in a cul-de-sac, and I’d live in an adjoining house, with access to the property from my own house. The RPG House would have ample parking for the player’s cars (at least 10 cars), not be too big (! don’t want cleaning the RPG house to be another chore), have a large kitchen, a movie room, a dining room, with the larger room dedicated to the game room proper, with a half bathroom contiguous to the game room, one extra room and at least two additional full bathroom. It would have a large storage area (accessible from the game room), and a patio with a deck and pool. That’s the property overview let’s get into the details.

The house would have high speed Internet access (I was reading up on OC192, but I’m not sure what would be the best one!) with a reliable WiFi network and LAN connections at various places, including at each player’s seat at the game table. We’d have cable TV and Satellite TV connections as well as subscriptions to all the major online streaming services. The house would have an air conditioning system separate from the game room and the storage room. There would be NO game consoles inside the house, but the latest ones would be out in the deck by the pool, connected to a state of the art entertainment system, for when we are relaxing outside. Also there would be a LARGE screen TV in the dining room but not a console hook up there. A dedicated sound system running through the whole house, but we could split it up between the actual game room and the rest of the house.

The deck outside would have a state of the art BBQ, full bar, a fridge, the pool would have  heater and we’d get floating chairs and a table in case we want to do some gaming in the water. The movie room would have its own sound system, projector, movie theater style seats, popcorn machine, a fully stocked fridge and high definition projection equipment. The move collection would be here, with Blu-ray DVDs and digital collections accessible near the projection system. All this just in case you want to get in the mood for a game watching a movie. The kitchen would be fully stocked, with a large oven, six burner stove top, two large microwaves, two large refrigerators, and a walk in pantry. A dedicate ice make, a separate water filtration system, a large dish washer and trash compactor. Since there are no limits on budget, we’d have a chef and staff hired for game days. And why not a cleaning crew? Let’s not sweat the small stuff.

The game room itself would be a comfortable space, fitting up to twelve players and the game master,  so 13 total, sound proofed, , with air purifiers, humidity and climate controlled, with a custom built table sitting in the middle of the room. It would have a large LCD screen in the table’s center to share maps or images, with a protective cover so people could play around with miniatures and place stuff over it. You would be able to write on the transparent cover with markers and erase them afterwards. There would be a camera over the table to record any actions for video conferencing purposes, and a mixer for the audio and video channels for recording or transmitting it for a video conference.  You could also put a cover over the table and use it as a traditional table for board games and such! Each player and the GM would have leather covered ergonomic super comfortable chairs. Players would have electricity and LAN connections at their stations, as well as a microphone, webcam and jack for headphones, and could either bring their own technology or grab a laptop or tablet to use from a communal set in the storage room.

The GM station would have dedicated computer with a split monitor set up, access to the room’s sound system and control of the room’s lights. The GM would able to dim the lights, or turn them off from the station. The computer would control the LCD screen in the table and also be connected to the cloud storage where all the campaign materials will be placed for the GMs running games at the RPG House. The set up would be optimized with microphones and cameras for video conferencing just in case players can’t make it and connect to the game remotely. There would be a more traditional game table nearby, with a sandbox and terrain for miniatures and a grid overlay top to cover the sandbox, in case you want to run more traditional battles or a miniature game as part of the RPG session.

There would be a rack for rulebooks being currently used, as well as the miniatures and terrain we’d be using that session. The terrain and miniatures would be brought in in a cart from the storage room. A storing system containing all miniatures from the D&D and Pathfinder miniature collections, as well as special miniatures, they’ve put out; all the Reaper Bones fully painted, a couple of Warhammer and Warhammer 40K armies (at last a sample of each faction) would all be in the storage room nearby. Heck we’d have a miniature painter and organizer in staff to take care of this and the maps. Besides the digital maps we’d have all the Flip Mats, Map Packs, Dwarven Forge sets and other 3D terrain out there. The miniature painter and organizer would take care of taking out the minis, setting them up before the game at the GMs request, and putting them away after the game. Hey, the premise did say unlimited budget!

Besides the miniatures and terrain, the storage room would have full sets of the game lines we are playing, with extra copies of the player’s books for each. There would also be digital copies to download from the Internet, but we’d keep physical copies for those that want them. And a tub of die where everyone could pick and choose their own set of dice! The extra laptops and tablets would be here as well. The storage room would have its own air conditioning system and climate control, to maximize the preservation and the conditions of the materials stored therein. Each player would have their own locker in the storage area to keep their game materials there if they wanted to. Everybody would get a key to the place so they’d be able to come by and have access to it when they wanted.

The adjoining half bathroom next to the game room would have an one way video conference system  (NO interest of seeing what people do in the bathroom, thank you very much) allowing the person using the bathroom to see and listen in to what’s being said in the game room, and to talk back, if it is appropriate. The extra room would have three bunk beds in case anybody needs to crash after a long game night.  The two additional full bathrooms would be regular bathrooms, with the sound system and other amenities there, but not connected to the game room in any way.

With all the equipment in there, we’d need a good security system for the RPG House, and a security guard on duty 24/7. I don’t drink during the game, but we’d have a bar out in the deck and maybe even have some of our home brewer friends bring their beer out for outings… Heck we could even set up a home brewer shack in the patio!

Well those are my thoughts for the ideal game room, inside an RPG House! What’s your ideal game room? Let us know in the comments. See you all tomorrow for the final post in the RPG a Day Challenge.