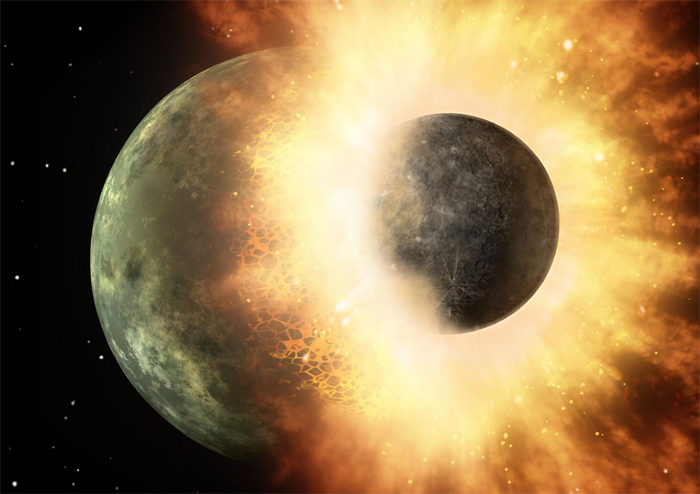 My current series of Traveller-related posts would not be complete without having a look at the Cepheus Engine SRD. Many people have called “Traveller with the serial numbers filed off” and from what I’ve seen this is pretty close to the truth. The Cepheus Engine was obviously born out of necessity. But let’s start at the beginning.

Mongoose, Traveller and the OGL
When Mongoose got the license to produce a new edition of the venerable scifi RPG Traveller they did something unexpected: they released the game under WotC’s Open Game License. There was also a Traveller Logo License, which allowed third party publishers to claim compatibility to Mongoose’s Traveller system. I guess Mongoose went that route in the hopes that many publishers would jump onto the bandwagon and produce settings for Traveller, which would all need their core rulebooks.

Then earlier this year, they released a new edition of Traveller and nixed the Traveller Logo License. This means that you can still use the OGL, but you can’t claim compatibility anymore. If you ever read something like “compatible with the 2d6 SF OGL game”, then it means it is probably compatible to MgT 1st Edition.
As you can imagine a lot of small publishers who have created Traveller supplements were not happy about this change.

Travellers’ Aid Society
But Mongoose offered an alternative: the Travellers’ Aid Society program on DrivethruRPG/RPGNow. This program allows you to release Traveller products on the platform while claiming compatibility, and you are even allowed to create stuff for the OTU. Sounds great? That depends. If you are happy of giving about half of your profits to OneBookShelf and Mongoose while also giving anyone who participates in the program full access to your creations, then it might be great. But if you are not prepared to share your stuff with the community it is not. I followed a few online discussions where small-press publishers were pretty open about their dislike of this new development. Some even claimed they had been told that nothing would change for them with the new edition. Unfortunately this was not the case. I guess there might still be ways to negotiate individual license deals, but from what I’ve seen most third-party publishers took another route.

Just OGL?
The easiest way to cope with the new situation is just to remove any mentioning of Traveller from your products and just using the OGL. From what I’ve seen so far, most publishers use “SF 2d6 game” as a replacement for the term “Traveller”. Most avid Traveller fans will probably get the hint and now what this means, but I am pretty sure it will be confusing for a lot of people. There’s also the issue that a lot of people thinks of D&D when they read OGL.

Recently Samardan Press released their solution: The Cepheus Engine. I am not entirely sure if its author created this rules system in reaction to Mongoose’s license changes or if it was the result of an old dream, but it’s definitely a viable alternative to MgT which is also leaning more towards CT.

So what is the Cepheus Engine?
The Cepheus Engine (or CE for short) is basically a Classic Traveller-inspired retro-clone using elements from other OGL games like Mongoose Traveller, and even T20. Currently the CE is available as Pay-what-you-want product on DriveThruRPG in two versions: a PDF version and an editable one. Aside from the cover there is no artwork included. The PDF version is 208 pages. The layout is very simple, but since it’s meant as a SRD and not a fully-fledged rulebook, I guess it’s ok. The CE is in my opinion a toolbox for GMs to create their own version of Traveller, or a good starting point for your own ruleset.

Rules for alien characters are included with a few example species given, BUT don’t expect to see any of the Traveller species. The CE SRD refers to  “Flynn’s Guide to Alien Creation”, a supplement published by Samardan Press, for more information on that topic.

The skill list is slightly modified and overall it seems the rules are a bit more simplified than in Mongoose Traveller. Please note I haven’t done a page-by-page comparison of the two systems (and I don’t really intend to), but I draw my impressions from leafing through the CE. This is not meant as a review after all.

One interesting fact is that the CE consists of three “books”. If you are such inclined you could easily print the rules as three separate books just like the Little Three Books of Classic Traveller fame.

The rules contain all the subsystems you expect in a game inspired by CT including (but not limited to) a section about star ships and interstellar travel, ship design, world creation, encounters. There’s even a section with advice for the referee. It also notable that the ship design system includes alternate systems to the ones we know from Traveller. So you want to have Warp Drives and Anti-Matter Power Plants like in Star Trek? No problem! There are even rules for Fission Plants, Teleport Drives (like the transition drives from the early Perry Rhodan series) and Hyperspace Drives (like the ones in Babylon 5).

Conclusion
The Cepheus Engine definitely looks like a viable alternative to MgT, CT, and other Traveller editions. And with since it’s available as a PWYW product, you can have a look at it for free, so there’s no risk involved. Is it for everyone? No. If having a full-color book with modern layout and cool artwork is important for your gaming experience, you’re better off with picking up Mongoose new edition of Traveller. If you are a third-party publisher, you might actually use the CE as a basis for your own rules. I think it might also be a good choice for experienced GMs who are looking for a MgT/CT-like experience on the cheap which also allows them to easily add house rules.