Welcome back reader. I hope everyone is enjoying my August return. Just like that mythic weather predicting groundhog I may go into my hole soon, so enjoy me while you have me!

Just kidding. Let’s get back to the business of #RPGaDay2017:

August 17: Which RPG have you owned the longest but not played?

If you read my Day 1 post, and the myriad other post on which I’ve mentioned the game, you may think the answer to today’s questions is Fading Suns. But it’s not.

I own a lot of games. With the advent of digital publishing that number has grown even more. In recent years, I sometimes buy games to read them, either to learn more about the mechanics, or the setting, without necessarily playing them. They can be inspiration, research, or simply entertainment. That didn’t use to be the case in High School and College. When I got a game, I meant to play it.

That doesn’t mean I played them a lot. Those were the times when the new shinny really distracted me. I wanted to play the brand-new game. We rolled up a character played one or two sessions, and then we moved on. There are many games I love that I want to play, but often we made a character or played a session of them at one time or another.

If this list was games you own and have not played it would be huge!  But the game I’ve owned the longest and not played is a very specific one. Some background…

As I’ve written before, in 1993 I say down and decided to evaluate what was it that I enjoyed about RPGs so I could maximize the fun and continue enjoying the hobby long term. To summarize I enjoyed creating my own worlds, long campaigns and a weekly schedule. I’ve stuck to the formula through the years. That however has meant that I gravitate to systems that allow me to homebrew with little restriction, flavor or settings wise, and that I don’t get to play new systems as often. That’s changing with my participation in Desde la Fosa, but I digress.

This means that those games I got around that date, fully meaning to play them, got left to gather dust in my library. Fading Suns is one of those. I really want to play it, but the setting, which is what makes it as great as it is, meant I Was not homebrewing, so I never played it. I mean to correct that…

But there was another game that came out in 1993, which I thought would be a great fit for my new gaming style. A system I thought would be generic and allow me to adapt it. Which would have support for different genres, and settings, and might just be my go to system for other games other than fantasy (I already had D&D for that, haven’t you read the last couple of posts?). Which system you ask? Amazing Engine!

Don’t know what I’m talking about? That’s ok. Click on the previous link. 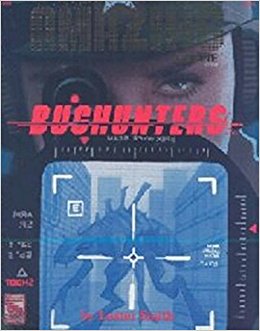 TSR published this game in 1993 and it allowed you to play a core character across multiple worlds, and the world books they published had some very interesting concepts. From the Aliens like Bughunters, the Star Wars clone Galactos Barrier, to a new take on Metamorphosis Alpha. 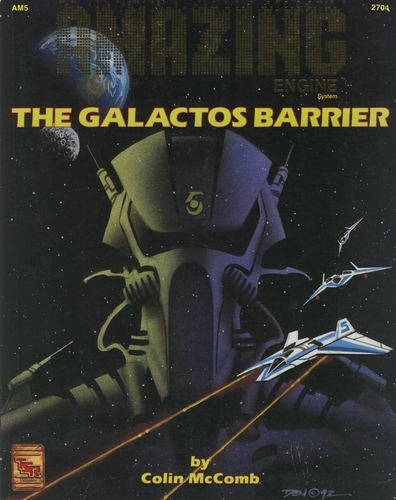 However, the game was too simple. There was no real support to create your own world and many of the other published world books were hit and miss. I never got around to playing it, and really don’t think I will soon. We almost played Bughunters for a special Alien themed activity we had, but no one was interested. The Amazing Engine game continues to be the game I’ve owned the longest and have not played.

While writing this post I thought of another game I own and have not played… Shatterzone. From what I’ve found online after a cursory search, both came out in 1993. I can’t confirm which came out first. I think I got Amazing Engine First and Shatterzone later, but I can’t be sure. I just know that Shatterzone really did not fire my imagination like Amazing Engine, and that I found the Shatterzone novel I got with the boxed set intolerable. I can barely recall anything about it. So, let’s call this game the honorable mention for today. 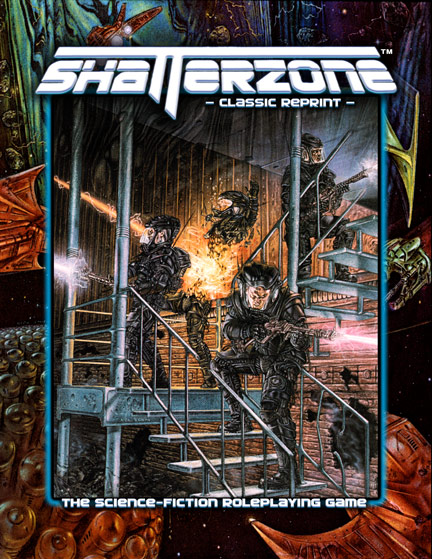 Just like I’m posting here every day, the team at Desde la Fosa  is posting video replies in Spanish on our YouTube channel to the very same questions for #RPGaDay2017. So, if you speak Spanish drop on by. We are grateful for your views, comments, and shares.

So, what’s this  game for you? Looking forward to your comments.