Another Friday, another #RPGaDay2017 post. I was a little stumped for today’s topic, unsure whether I should be comical (Whiskey & cupcakes!), or serious (How about a gift card?). But talking with my friends inspired me to write a more reflective post on the topic for the day, which is:

August 25: What is the best way to thank your GM?

Everyone at the table is important. Let me star by reiterating this. Without players of game masters there would be no game. Even with the advent of games where players have more narrative control, or even GM-less games, most RPGs still rely on the Game Master, call it what you will, to facilitate the experience.

Oftentimes it falls on the GM to do most of the heavy lifting pre-game, the preparation, or prep. Perhaps because of their role as facilitators in this context, some GMs also become the de facto organizers of their groups. The remind others when they are meeting to play, help players with their characters. In my experience GMs still have a lot more to do, than the other members of the gaming group.

If the group shares GMing responsibilities, then these tasks are shared more equally. Then there are the rare cases (like yours truly!) who prefer being the GM than being a player, and who cherishes the role and all it entails. Whether your group has many GMs or just one, a game master does a lot for their players.

Alternatively, you may argue that, it is a choice to be A GM, No one is forcing his or her, they knew what they were getting into. GMing is a thankless job deal with it! I refuse to think this. Even on the worst of days, a GM gets to share his ideas with likeminded people and have some fun. I always tell people, don’t sweat the small stuff, enjoy the time you spend at the game. 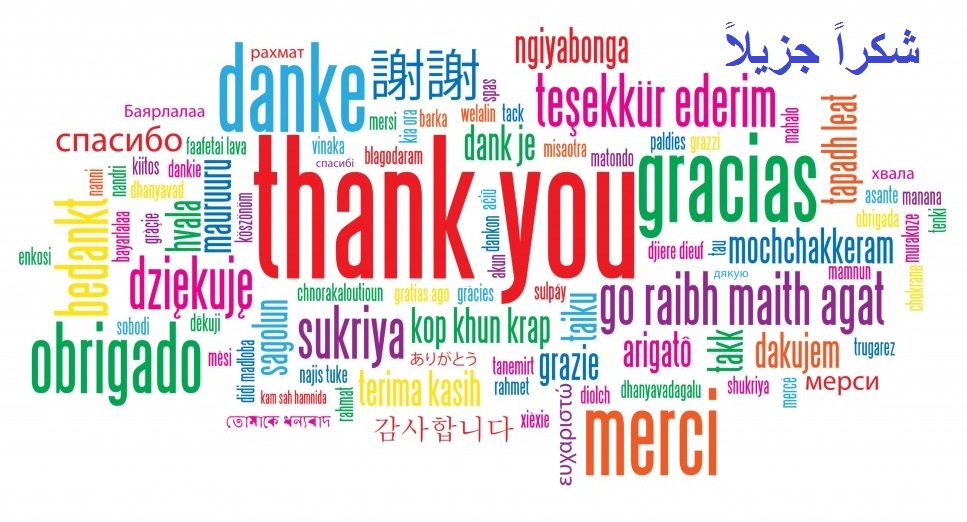 So, if you want to thank your GM, what’s the best way? Here are my ideas. Be courteous and respectful of everyone in the game. We play with friends, friends can get raunchy and off-color jokes are no big deal among pals. But if we are playing at a convention or with acquaintances, be in your best behavior, be nice, the GM will appreciate not having to be a watchdog in the game. Among friends, even more because you care, be aware of their opinions, feelings, and be respectful of boundaries.

Time is precious, respect that of others. Be punctual, if you are late let the group know. A call or a message let’s people plan accordingly. If you won’t be able to make it, let people know as soon as you can. True, it is only a game, but people make time to meet and play, it’s just good manners to take them into account. A crisis will happen, and sometimes you just forget, but don’t make it a habit.

You can disagree with the GM, in fact you should if you feel something in the game is not right, but do it respectfully, mindful of the feelings of others. Don’t stop the game to argue a point. Mention it, and if it is something that will derail the game, put it aside and address it after the game. Don’t just drop it! This is not about letting go of your opinions, just discuss it in a more productive fashion.

Be upfront and sincere, with your concern and when asked your opinion. If the GM fails to address your concern bring it up again. Remember we are all human and can get defensive, especially when something we create, as is the case with an adventure or an NPC the GM introduces in the game. Be concise, positive and nice. Your GM will appreciate it.

Know the rules, understand your character. Not everyone games for the same reason. Some players are not interested in picking apart a system, or learning the intricacies of combat. But if you know how your character works and what you can do, you’ll take the burden away from the GM of having to do any handholding. Look for resources online, ask a fellow player who enjoys those aspects of the game, make a cheat sheet, or even engage your GM away from the game so they may help you. Be ready to play when the game comes around.

Praise what you like in the game. Whether it be something the GM did or from your fellow players. Letting people know you are having fun is good. Never assume they know. Follow the story and listen to your GM. Avoid distractions at the table. Phones, tablets, laptops, can be the bane of a game if all they do is distract you. Look at the GM when they talk at you. You may not always remember what happened to this or that NPC, ask, but also try to follow along to the narrative your fellow players are crating.

Offer to help. Maybe track initiative, or put away the miniatures and maps. Be an active participant and take the load off from the GM. Ultimately, say thank you! Let your GM know when things are fun, what specifically you liked, and what you’d like to see more of.

Marcel Proust said: “Let us be grateful to the people who make us happy; they are the charming gardeners who make our souls blossom.” Thank the GM who tends the garden of your imagination!

But, when all is said and done, I’ll take whiskey, cupcakes and gift cards as well!

How do you say thanks to you GM? Let us know in the comments or tag us in social media.