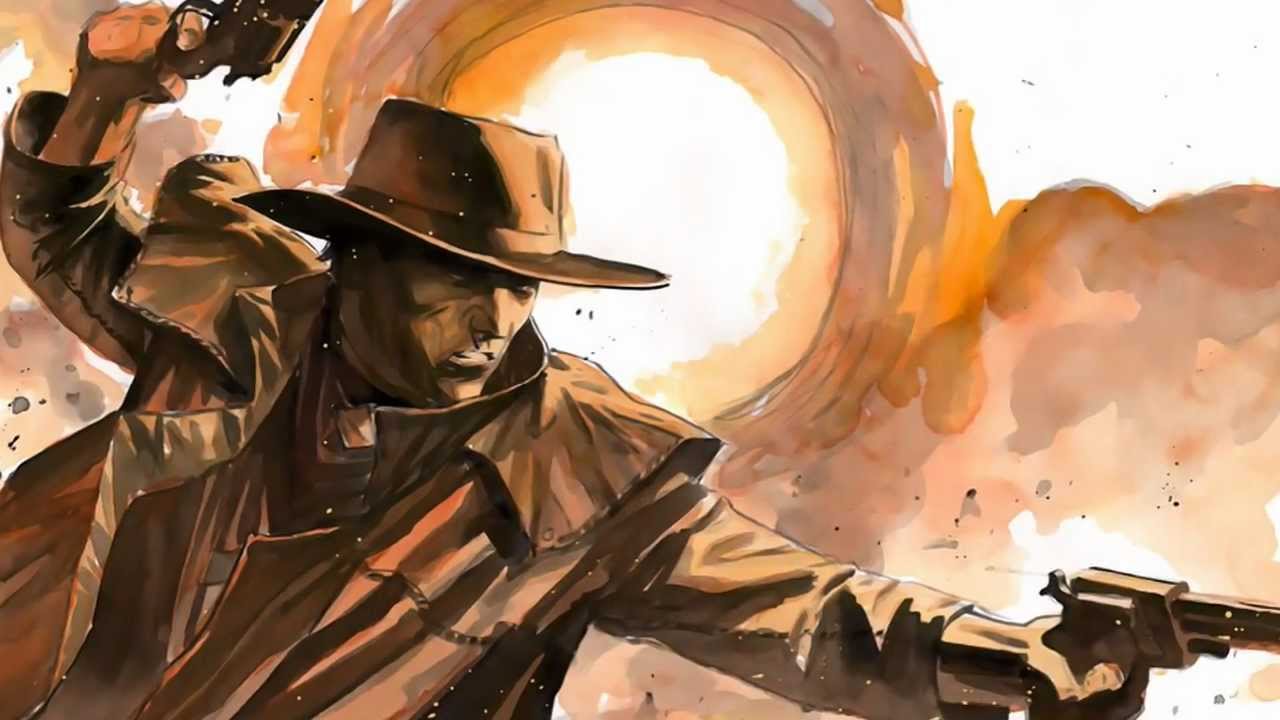 Before we start shooting guns out of the bad guy’s hand or put a bullet through a silver dollar tossed into the air I want to take a tiny peek as some of the math and probabilities in this system.

I firmly believe that neither the GM or the Players should ever have to understand the maths that make a system work. If that is the case then there is a design flaw. That is my belief.

Now in some ways Devil’s Staircase has that design flaw. So far I have been running little test plays imagining one on one combats or one on one opposed skills. I tried to recreate the Gunfight at the OK Corral last night and something became apparent really quickly.

You need more than one pack of cards. This is not a big deal in my opinion. If I sat down with a group of friends to play DnD I would want more than one d20. I can buy a pack of cards on Amazon UK for 99p with free delivery. If the typical character is going to have 10 endurance every time you go into a tactical situation you are going to deal them 10 cards. At the end of the scene you throw in your hand and deal another 10 cards. At the start of each adventuring day you will start the day with another 10 cards. In a game session a single player will go through 50 or 60 cards. There are only 54 cards in a deck, 4 suits of 13 cards plus two jokers. In a game session every card will pass though the players hands. But what if you have 5 players. A single deal will use your entire deck. If you then have a few NPCs and villains a single deck is not going to cut it. So you have a couple of options. Either every player has their own deck, like most of us bring our own dice to a game session or the GM has several decks. As a GM you could by a few identical decks in which case you could deal out 3 aces of spades in the same hand. Alternatively you could buy several decks but with very distinct backs so you can easily sort them out. You can then have a deck for the characters and a deck for the villains.

So for all the trick shots I propose that you can play a joker to perform those extraordinary feats of luck or skill. At the start of play there is a slight chance that the character may have a joker stored on their character sheet from when they drew their stats. If you get a joker in your endurance hand you can play it or when the hand is thrown in you can add it to your character sheet. So now if have a small pool of jokers you can play to do those special actions.

If on the other hand the GM holds all the cards and has a deck that is shared amongst the 5 players then every time the hands are dealt someone will probably get a joker. The snag is that everyone knows that über lucky guy. He will get 10 or 12 jokers in a single session and you will probably get none.

If the GM has two, three, four decks in a single super deck from which everyone’s cards a dealt then there is a chance that you could deal 4, 6, or 8 jokers to the same player in a single hand. If your shuffling isn’t very good you could even do that more than once.

In the previous tests, some of the time I was using two decks, one for each protagonist and dealt my own hand each time. Sometimes, when I could rope in a second player, as GM I dealt all the cards. Having the GM deal the cards was more fun. It made the game feel more intimate. There was a physical connection between GM and player. The GM tossed each card at you and you collected them up and looked at your hand. Dealing your own had felt slightly more sterile.

So far, I am leaning towards the GM having two packs of standard cards mixed and shuffled together. 108 cards is not a mammoth amount of cards, it wasn’t too big to shuffle. The number of cards you are dealing out typically diminishes as the session goes on, injuries reduce Endurance so the size of the hand goes down.

The point of this ramble is that how you manage the cards does impact how many jokers the characters will get and how fast they come round.

The reason for the request/granted/denied is simply practical. You should be able to tell that this is going to be a very light-weight set of rules. If don’t want to have to rule on every possible eventuality but I also don’t want someone to stand between the railroad tracks, take aim, shoot and the play a joker and say I want to blow up the locomotive.  One bullet from a revolver is not going to do that, they were big old lumps of metal. You could take out the driver or hole a steam pipe though but you are not going to blow the whole thing up.

Blowing things up is a must. There seem to be three dynamite scenarios. A single stick, probably lit from a cigarillo or cigar and tossed into or at something. Then you have three to five sticks bound together for a bigger bang but still used as a hand thrown weapon. Finally there is ‘enough dynamite’ This probably comes in a crate or is tied around a safe. In real life the dynamite itself wasn’t that deadly apparently (not that I ever want to test that assertion). It was when it was tightly packed in with other material that things get dangerous. It was the shrapnel that killed not the explosive itself.

So here is the implementation. For every stick of dynamite you draw one card. A number does one Endurance damage, a picture does two Endurance damage. The damage is reduced by one for every yard away from the explosive that the person is. So lets say that Earl straps 7 sticks of dynamite together and lights it. Galloping alongside the express train he throws it into the guards compartment. A railroad car was about 18 yards long. Earl makes a skill test to get the bomb in the window, which he succeeds at. The marshals in the car have a few seconds to react. Once the dynamite explodes Earl draws these seven cards (one per stick) Ace, Ace, 3, 3, 10, Queen, King. This does 9 points of Endurance damage right next to the dynamite. The GM decides that the nearest marshal was 3 yards away so takes 6 Endurance damage, the next was 5 yards away to take 4 damage and one had made it the door and takes a single point of damage. The coachwork of the guards car is ripped apart by the explosion.

Crates, boxes and barrels of dynamite kill people when they explode. There is little or no point in calculating damage the only way to survive is to play a joker. That joker can get you out of a window or behind a freak bit of hard cover.

So are these easy enough and flavourful enough?

Next time I want to look at character development. I am not really a fan of levels and experience points but I am a massive fan of character improvement.