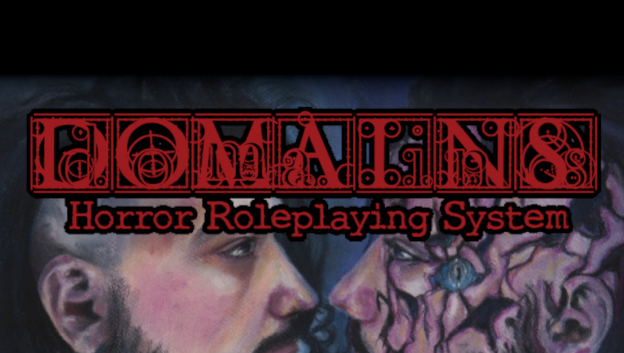 It is impossible to hang out with TTRPG designers, follow them on twitter or any social media and escape a near barrage of Kickstarter campaigns. Some are eagerly awaited and there is a flood of advocacy as people get excited about new books and games. Others are indie developers trying not to look desperate to get the minimal funding to make their game a reality.

Then there are the few who are doing things differently.

Domains is a horror genre game written by FIlip Lončar under the Ordoalea imprint.

FIlip Lončar cannot do a kickstarter campaign, to put it simply they just are not allowed in Croatia. Instead the game is out on DrivethrRPG with a full explanation of the situation.

In addition there is a record for the total earnings and the total that needs to be earned. At the time of writing that stood at 13% of a €3000 total.

This ‘everything laid bare’ approach appeals to me. It is not a kickstarter but it has the same functionality. If anything it is more like an IndieGoGo campaign as Kickstarters are all or nothing whereas IGG allow a partial successoption.

I really hope you will check out the Domains page before reading the rest of this post or directly afterwards.

When I did I had a few questions so I made contact with Fllip over Twitter and then email.

Here is a bit of our conversation, with Fllip’s permission.

Peter: What made you start writing Domains Horror?

Fllip: Honestly I wanted a good horror game. I never knew what kind of game I was looking for until I played a few narrative games and realised that NARRATIVE games ARE the way to do horror. Horror is all about the feeling, the story. And narrative games work with that. As no narrative game had the “right amount of crunch” I decided to make my own.

Peter: What makes the system stand out?

Fllip: Well the fact that it’s a ttrpg, but it shares a lot of things with narrative and pure storytelling games. I tried intertwining the core resolution mechanic with the narrative parts of the game.

Peter: It makes a change to read about a horror game that doesn’t mention Lovecraft or Vampires, is there a central ‘evil’ behind Domains?

Fllip: Well there is. But as Domains is a Horror Roleplaying System, it’s intended to create any kind of Darkness (the evil you mentioned) yourself. Meaning that this is a framework that you can use to create a Lovecraftian story, or even a Sci-Fi horror where the evil is in fact corporate greed. Everything is possible with this framework. Well some homebrewing and hacking required.
But all in all the game DOES lean towards Lovecraftian horror, while it’s not stated that way.

Peter: You have used a phrase I am not familiar with. You say the GM section advice enhances the possibility of bleed. What does that mean?

Fllip: Well BLEED refers to the transfer of emotions and feelings from the character to the player. Basically it’s all about making the player empathize with the character. THAT is what gets you scared. The realisation that the game feels so mundane and everyday that it could happen to you.

Peter: I see you also have a light OSR game. Is Domains your biggest project so far?

Fllip: Well the light OSR game was a test of my writing skills primary as I constrained myself to ONLY 2 pages. But so far Domains IS the biggest game that I have made public. I do have a few other games in planning (Shambler, Falling Star Isles, and a few more).

Peter: What does the future hold for the Domains system?

Fllip: Well for the future? I’m planning a few Domain books (settings), an Advanced Rulebook (more options, and a few more “frameworks”, like item creation, and other things to allow people to tailor make their experience with the game), and maybe a few Story books (campaigns). But the biggest thing I think will be in the future is the Open Domain Licence. Which will allow others to make their own Domains based stuff!

Fllip: Not sure. In my town it’s about… Erm… 15 people playing? In total in the country I would say it’s about 2k players. So not so big IMHO. But it’s on a steady rise due to Critical Role and other game streams.

If you like horror role playing and you like narrative games then I hope you will check out Domains and at the moment it is discounted to $5.52. That is not a lot to spend to support an indie developer that is trying to overcome obstacles that most of us take for granted.