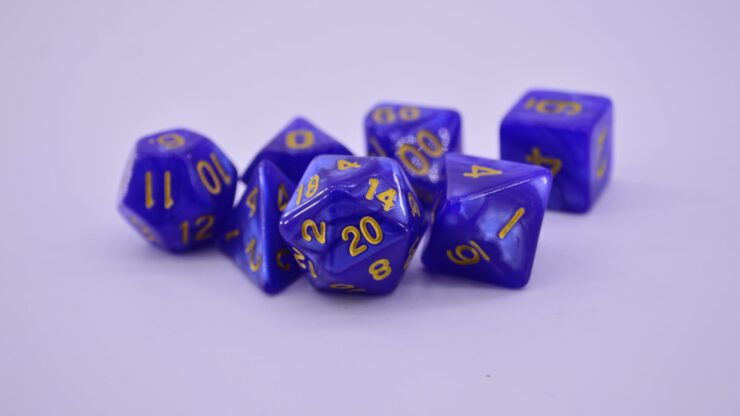 A lot of people are pretty unhappy with Wizards of the Coast at this point and are looking for other games to explore. Instead of pointing at some obvious choices like switching to one of the retro-clones or Pathfinder, let me tell you about some lesser known games.

WR&M is a lightweight, easy-to-learn fantasy tabletop roleplaying game designed by me with the support of a couple of friends. The game doesn’t use any classes but the three archetypal roles warrior, rogue and mage are actually the names of the three attributes the game uses. It definitely has its quirks, but it’s simple enough for the GM to change things up, add new mechanics or throw out stuff they don’t like without breaking the whole thing. And the best of all: it’s all freely available on my Stargazer Games website including a couple of free supplements. Alternatively you can download my WR&M bundle from DriveThruRPG.

Warrior, Rogue & Mage uses the Creative Commons Attribution-Non Commercial-Share Alike license for all its books. There’s also a System Reference Document available. Its mechanics can be licensed using a CC-BY license, which means, as long as you give proper credits you can basically do anything with it. I have given up development on WR&M quite some time ago, but the game is still played and enjoyed by quite a few gaming groups out there. So, if you are looking for something new to try, WR&M might be of some interest to you.

Bastionland is not your regular fantasy game, but has more of a weird, pseudo-victorian, science-fantasy vibe to it. It has been written by Chris McDowall who also designed the excellent Into The Odd which I had the honor to playtest back in the day. In Bastionland you play a down-on-their-luck adventurer in debt who is trying to make a fortune by basically dungeon-delving. The rules feel a bit like a very stripped-down version of D&D and can be taught in a couple of minutes. Character creation is fast and random. The book contains 100 failed careers which not only describe what your character did before going dungeon-diving, but also provides you with some background and starting equipment.

Bastionland is definitely not your fathers fantasy RPG and don’t expect being able to run zero-to-hero stories with this game. But if you don’t mind exploring absolutely alien places and dying hilarious deaths, Bastionland may very well worth your time.

Free League’s Forbidden Lands is a pretty new fantasy RPG with old-school vibes. It uses a variant of their house rules which were first developed for the excellent Mutant: Year Zero roleplaying game. Forbidden Lands has been designed from the ground up to support a hex-crawling campaign. Much like in Mutant your characters can eventually claim or build a place to call their home. Fans of the sword-and-sorcery genre and OSR-afficinados might feel right at home in the Forbidden Lands.

At the moment there are two campaigns available for Forbidden Lands if you don’t want to design your own: Raven’s Purge and Wake of the Winter King (which is included in “The Bitter Reach”). Both have a non-linear plot and come with their own region to explore. A third campaign “The Legacy of Horn” is currently in development, beta versions of the PDF have been sent to the Kickstarter backers, but it hasn’t reached stores yet. Unfortunately I haven’t had the chance to run Forbidden Lands myself yet, but I played in a one-shot a while back and it was a lot of fun. Like all games by Free League, Forbidden Lands is a game I can wholeheartedly recommend.

If you have watched and enjoyed the Netflix series The Dragon Prince, this game might be a perfect fit for you. It’s also probably the most “non-traditional” game on this list. Tales of Xadia employs the latest iteration of the Cortex System which is extremely versatile and has a more narrative approach but can be a bit daunting for players coming from D&D. But if you are willing to try something new, you should definitely be fine. I haven’t been able to play any Cortex System game yet, but if I had to pick one, I’d definitely give Tales of Xadia a try. The book is gorgeous and the setting is exciting, charming and feels fresh. In my opinion the Netflix series is a must-watch for any fantasy fan.

Unfortunately the game is not available on DriveThruRPG but only via the official website. If you want to learn a bit more about the rules before making a purchase decision, there’s a free rules primes available here.

The Fantasy Trip: In The Labyrinth

Steve Jackson Games’ In The Labyrinth was first released back in 1980 and has been rereleased in an updated version in 2019. It is a stand-alone roleplaying supplement for “The Fantasy Trip”, which is a hex-based fantasy combat game also designed by Steve Jackson. I have to admit I haven’t been aware of “The Fantasy Trip” for quite a long time. When I read about SJG reviving the game line I was pretty uninterested. When Bundle of Holding recently had a bundle deal for the game, I gave it a second look and immediately liked what I saw. In The Labyrinth uses simple mechanics which immediately reminded me of GURPS albeit a very stripped-down version. Most rolls are made with 3d6 and you have to roll equal or below the relevant attribute to succeed. Into The Labyrinth is basically a classless system, although the costs for spells and talents depend on whether you play a “wizard” or “hero” character. Unlike in games like D&D characters don’t become damage sponges and combat stays lethal even after years of play. Characters get more options over time, but never become superheroes.

If you are interested how early roleplaying looked outside of the D&D bubble, I highly recommend checking out In the Labyrinth. It might also be of some interest to GURPS fans since both games share quite a lot of DNA, although GURPS can be significantly more complex.

Last but not least I want to mention Tiny Dungeons, one of the games of the excellent TinyD6 game line by Gallant Knight Games. Tiny Dungeon calls itself a minimalistic roleplaying game but I’d say this is a bit misleading. While the mechanics of the game are very simple indeed, the core rulebook contains massive amounts of content. Aside from the rules which are very easy to learn and to play, there are optional rules which include variant magic, a full bestiary and a large number of mini settings. There’s even an Adventure Generator which can help the GM to come up with ideas for their game.

Aside from Tiny Dungeon, Gallant Knight Games offer a couple of other roleplaying games based on the same rulesets which are pretty much compatible with one another. So it should be easy enough to mix in elements from those games. Personally I love the TinyD6 system and there has been more than one occasion where I wished I came up with such a brilliant game design!

Of course there are many other exciting fantasy roleplaying games out there. I just picked a few games which I enjoyed playing or reading and which don’t get the amount of love they deserve. When time permits I might turn this post into a series and recommend even more tabletop RPGs to you over the next weeks. Please post in the comments below if you would be interested in something like that!

Prices are melting at DriveThruRPG!