This is the second and concluding (for now at least) episode of my series on OGL games. D&D 3rd Edition and the d20 System started it all, but a lot of other companies jumped the bandwagon and released many games, settings and even a few derivative rules system (like the already mentioned Anime d20). 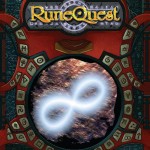 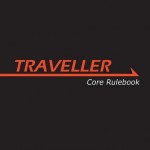 True20
True20 is  a streamlined version of the original d20 System created by Green Ronin Publishing and was first used in the romantic fantasy RPG Blue Rose. Instead of using attributes and attribute bonuses, True20 uses the bonuses as the attribute value directly. They also changed the way damage worked, so every roll in the game is now done with a d20 which makes a lot of things easier. It’s does not do away with classes entirely (like Mutants & Masterminds did), but it reduced the number of classes to three: Warrior, Expert and Adept, which works perfectly for almost every genre.
But as far as I know Green Ronin never released an official SRD of the True20 system and as far as I’ve read, they are not entirely happy with the fact that some fan created such a document. Perhaps one of my readers has more information about this. If so, please let us know.
The True SRD can be accessed as an HTML document here.

RuneQuest
Probably no game has changed hands more  often than RuneQuest, which lead to the strange situation that now two companies own the underlying Basic Roleplaying System: Mongoose Publishing and Chaosium. Chaosium has used it for their Call of Cthulhu games for many years now and recently released a generic roleplaying game using the “Basic Roleplaying Game” name. Mongoose owns the rights to RuneQuest and has released its rules under the OGL.
When I am not mistaken was RQ the first game to use percentile dice for task resolution and the basic system hasn’t changed much over the ages. RQ is a true classic.
You can download the SRD at the official RuneQuest site, or check out the “Runic SRD“.

Traveller
Traveller is another classic game, released in 1977 and is the classic SF roleplaying game. I was pretty surprised when I learned not only that Mongoose Publishing secured the rights to produce a new Traveller line, but that they released the Traveller rules under the OGL. But alas all is not gold that glitters! Most careers are sadly missing from the SRD (only the scout is included) and it may even be that the other classes are considered closed content. So if you wish to release your own game using Traveller rules you’ll have to create your own careers or you’re out of luck. Of course it’s Mongoose’s right to do so, but all other SRDs are more complete. I won’t go into more details on the rules itself here. You can check out my review of the Traveller core book for more information on that.
You can download the Traveller SRD on the official site (look for the Developer’s Pack).

Did I miss anything? I am pretty sure there might be a few more OGL games out there. Please note that I only included games in that list that have a SRD of their own. And if you have any more information regarding one of the games I wrote about, please let us know in the comments!

On a more personal note