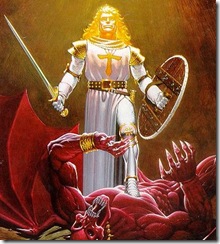 Inspired by Chgowiz’s Siege Perilous project I am tempted to run my own Ultima campaign using Swords & Wizardry rules. Alas he only covered the early parts of the series (Ultima I – III) that I never played. My favorite Ultima games were always Ultima VI and VII.

There are a few issues I am a bit unsure about, mainly how classes should work and what changes are necessary to the world and story to make it possible to run a compelling S&W campaign.

I’ve posted these questions in this thread over at the Swords & Wizardry forums. If you have any advice, please post your answers there, or use the comment section below. Thanks, any help is much appreciated!

What about Monsters of Sin: Avarice, Envy & Gluttony? A review…