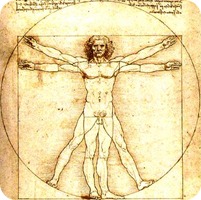 For the last few days I have pondered about attributes in roleplaying game. Most of them use a set of attributes that describe the basic physical and mental capabilities of a character. Basically everyone knows D&D’s six classic attributes: Strength, Dexterity, Constitution, Wisdom, Intelligence, and Charisma. In one form or another the majority of RPGs uses attributes like these.

But one question bothered me for quite a while: do we really need them? In a lot of games they don’t play any major role. In most cases they provide a small bonus to relevant skills or act as a kind of fallback when there’s no fitting skill available. So, do we really need attributes or are there ways to replace them? Don’t get me wrong, I don’t dislike the concept of attributes per se, but I am interested if a game ditching them could work, and if so, what is needed to make it work.

There are already a couple of games that don’t make use of attributes in the classical sense. There are two more prominent examples I want to discuss here. The first is FATE, which has become more and more popular lately. FATE replaces attributes with aspects. Aspects don’t describe the physical attributes of a character but rather who he is, what his motivations are, et cetera. FATE shows it’s more narrative approach here, because the focus lies on who you are, not what you can do.

The GUMSHOE system entirely focuses on a character’s skills. As the name of the system suggests we are dealing with a system for investigative games here. In the GUMSHOE system investigative skills always work (you don’t need to roll). In GUMSHOE it’s not about whether the characters find the clues but what they make out of it. Usually basic physical or mental attributes don’t play that big a role in these kind of scenarios, so classic attributes aren’t needed.

As you probably know I am always throwing some ideas for roleplaying game systems around. Sometimes these ideas turn into fully-fledged games, sometimes they end up in some desk drawer never to be unearthed again. For the last few days I worked on a rules-light game system that used broad skills instead of attributes. The hard part was to come up with a list of skills that covered perhaps not all but the majority of possible character actions.

During my research on the internet I found out that several people have tried to do the same already. One of those people was Erin Smale, author of the Chimera RPG. I have written about his game a couple of times before and I have to admit I like it very much. I actually noticed that he released a new version recently which is available for free as Chimera Basic, but what I missed what that he had actually done what I was thinking about. He has ditched classic attributes and turned Chimera’s skills into 18 broad abilities covering all possible character actions.

I haven’t played Chimera Basic, yet, but I am sure it will work just fine. The interesting part is that Chimera started out as a system not that dissimilar from D&D and it still works even without the use of attributes. Aside from that there’s a lot to like about that game. It has a really cool modular class system that allows you to build the character you want and a consistent framework for all kinds of supernatural powers from magic spells to psionics.

The realization that Chimera accomplishes a lot of what I wanted out of my own game brought my work to a dead stop for now. One reason is that I like Chimera so much that I am tempted to “borrow” a couple of ideas from it. And in that case it might be easier to actually run Chimera itself instead of reinventing the wheel.