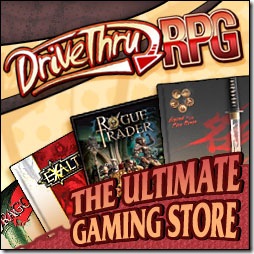 Like in the months before I can provide you with the coupon code for a 20% discount for selected titles at DriveThruRPG.

This month’s code is DTRPGAprilPodBlog2011 and it’s valid for the following products: