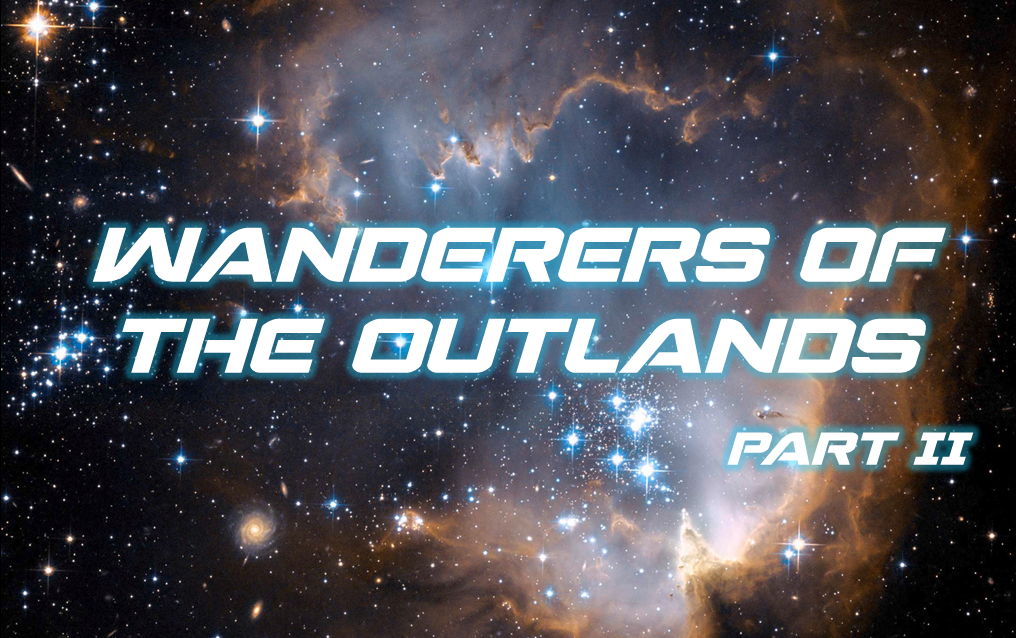 And we’re back for the new weekly series Sci-Fi Fridays! On this series I’m sharing the background, mostly fluff for now, for my upcoming sci-fi campaign. I’m revising materials, working on the campaign’s final details, and as I’m putting together what will come in the weeks ahead I’ve decided there will be some fiction, player questionnaires and my house rules for Savage Worlds. That last bit I’m revising based on the newly released Sci-Fi Companion. I’m halfway through the book and hope to write a proper review next week.

If you missed last week’s post, click here to learn more about the setting of the campaign the Outlands, On that post you can also find the links to previous posts about the campaign. This week’s topic is Space Travel. I’ve mentioned him a couple of times recently, but I want to thank my friend Luis Miranda for his feedback and suggestions for the campaign, as well as Ramón Luis Rivera who is helping me develop aspects of the campaign. Kudos to you both, perhaps you are not playing at out metaphorical table right now, but your presence is felt my friends.

And now we are off to space!

Space travel in the Union is akin to sea voyages in the era of exploration in old Earth. Travel time between systems in the Outlands can take days, or in the case of more remote locations even weeks. Travel to the central systems in Union space is a multi-month voyage with various stops. In system travel, i.e. inside a solar system, is a matter of hours and up to a day if one is travelling from near-star to far-star destinations.

The engines that make faster than light, or FTL, travel possible are called Trans-Spatial Drives. They displace a ship beyond the three dimensions of real space into an alternate dimension whose technical name is Non-Euclidean Transitive Space, but commonly referred to as hyperspace or t-space. The Trans-Spatial Drive creates a field that expands from the drive to envelop the ship and pull it into t-space. While in t-space ships travel at nonrelativistic speeds, or faster than light speeds, based on the gravitational coordinates of real space stars, planets and other phenomena. For reasons not yet fully understood, gravity fields in real space have an effect in t-space and this in turn is used to traverse large swaths of real space by moving in t-space using the eddies and currents caused by such gravity fields. Since this gravity fields in real space shift, traveling in t-space requires precise and exhaustive calculations. 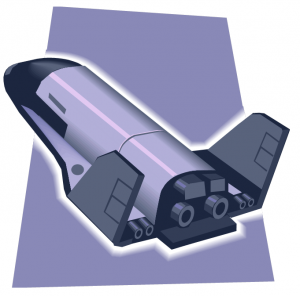 While in t-space ships sensors and communications do not work. Trans-Spatial Drives have failsafe systems that interrupt displacement field generation and force the ship out of t-space when the ship is too close to gravity fields and there is the possibility the ship will be damaged or even destroyed. For this very reason Trans-Spatial Drives work optimally outside the gravity well of a solar system, navigating the gravity wells inside a system is not impossible but highly dangerous and most ships exit t-space outside the system and travel in under propulsion power. Using a Trans-Spatial Drive inside a solar system or in the proximity of gravity fields requires the override of the failsafe and makes any such maneuver incredibly dangerous and possibly fatal to the entire crew. Space battles typically occur inside stellar system; ships detect the approaching enemy from afar and prepare for the engagement. Fighters are typically heavily involved in battle.

T-space is featureless and dark; spacers usually refer to it as the starless universe. In reality t-space is not a true void and terribly dangerous to those that venture outside the displacement field. Beings, ships or items exposed to t-space seem to be instantly destroyed, however the extent of the destruction is difficult to verify as visibility is very limited beyond the drive generated displacement field. Some experienced spacers claim you can see bands of colors in the darkness of t-space if you stare long enough into it. Obsessive behavior, even dementia, has been documented among spacers and most ships block viewports and airlocks so spacers and passengers cannot stare into the blackness of t-space.

The fissile materials used in Trans-Spatial Drives generate a build up inside the field generation chambers of trans-spatial matter. This matter is used as fuel for the ships propulsion systems in real space as well as for the generation of local gravitic-fields, thus generating artificial gravity inside the ship.  However this build up eventually interferes with the operation of the Trans-Spatial Drive and it periodically requires the removal of the trans-spatial matter, the re-introduction of fissile materials into the drive and the recalibration of systems is typically performed in specialized space docks. The sale of the trans-spatial matter, which is in turn used for power generation in space stations and other large scale application, offsets some of the cost of the necessary periodic retrofitting of the drive. 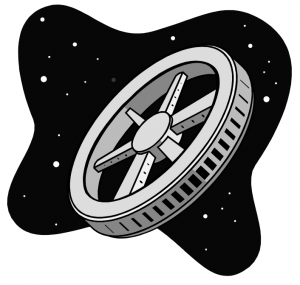 A series of Way Stations have been established in most settled stellar systems, typically in orbit around the best suited farthest planet or planetoid in the system. The largest and most populated systems have several Way Stations, with some core systems having gargantuan Way Stations on their own independent orbit around the system’s star. Fringe and recently colonized systems may lack a proper Way Station, but even those may have very basic operations simply for the benefit of obtaining trans-spatial matter for the settlements. The establishing of Way Stations in far-star locations is intended to capitalize on the fact that ships with Trans-Spatial Drives usually exit t-space outside star systems and it is convenient to provide services there. In heavily populated and prosperous systems there exist a large number of shuttles that provide in-system transport, thus most Trans-Spatial Drive capable ships only stop at the Way Station. Smaller systems, newly created colonies or fringe systems may lack this infrastructure. Most “ponies” make drops at Way Stations and from there local delivery systems take care of the packages or information, unless the system lacks the supporting infrastructure. Capturing or disabling Way Stations during military operations is usually a key objective.

Dumping trans-spatial matter and retrofitting outside a proper space dock is both unprofitable as the t-matter is lost, and often highly dangerous; add to that the need of carrying or procuring additional fissile materials. Only the largest military battleships are capable of performing this process without the docking facilities at a Way Station. These Way Stations also serve as reference points for navigators. Their location coordinates are widely distributed and clearly marked on navigation charts, often reducing the necessary calculations previous to displacement.

The Union used Way Stations as a means to create the Union Customs and Tariffs Authority (UCTA), under the direct control of the Commerce and Trade commission. UCTA officials supervise the transport of goods, the enforcement of tariffs and grant Union Patents to those performing the retrofitting of Trans-Spatial Drives. Under UCTA regulation all Trans-Spatial Drive capable ships are logged and their retrofitting coded. Tampering with these codes are grounds for suspicion of smuggling, can trigger investigations, and punishable with fines, confiscation of good or property, even incarceration. This has created a black market for counterfeit retrofitting codes and the establishment of alternate and illegal Way Stations, known as Blind Stations colloquially. The assignment of retrofitting codes is far from being fully implemented, and most ship captains pay a nominal fine and are assigned a code upon their first retrofit in a UCTA controlled Way Station. In the Outlands most Way Stations are often lawless and not as carefully supervised by UCTA authorities, but in key routes they serve as the center of power for Union officials.

Most large ships have artificial gravity, via gravitic-field generators, but they require large energy outputs and are partially a byproduct of Trans-Spatial Drive technology, so they are impractical for small operations, or planet-side. Only large settlements or energy rich planets have gravitic-field defenses, and they are uncommon beyond the central systems of the Union. Fighters and system ships, non-FTL or STL, slower than light, ships used to travel inside a stellar system, typically do not have artificial gravity. Smaller ships with Trans-Spatial Drives have artificial gravity, as do most stations. Some older stations rely on centrifugal based gravity systems.

If you have any questions or feedback, I’d love to read it so please comment.

See you next Friday for Part III, the revised Aliens, including some stats!

Battlelords of the Twenty-Third Century is back with a vengeance