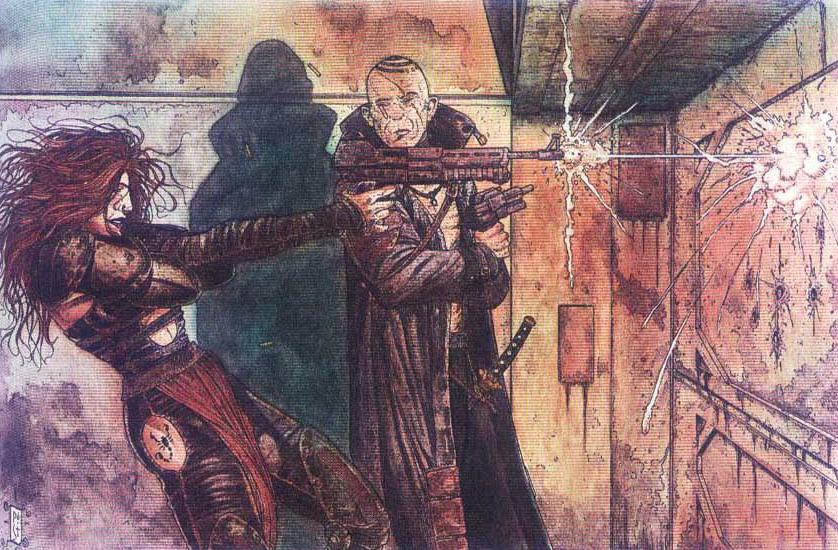 TSR’s Alternity Roleplaying Game is one of my favorite games which I never actually played. It’s a generic science fiction roleplaying game which has some interesting mechanics, is somewhat related to AD&D, and powered a couple of interesting settings. If you want to learn more about this out-of-print game, I can recommend checking out AlternityRPG.net or Shaun Welsh’s review here on the blog.

So why am I writing about a rather obscure and out-of-print roleplaýing game today? I guess I am in a somewhat nostalgic mood and I am always thinking about this great SF campaign I want to run someday. When it comes to systems I could use for that project, Alternity is pretty high on my list.

The majority of games I enjoy are rather rules-light but Alternity is an exception. I guess you could call it rules-medium, especially if you add in all the optional subsystems like FX (supernatural abilities like magic etc.), psionics, space combat and so on. In Alternity every weapon causes different damage according to the degree of success of the attack roll, and armor has different armor values for each type of damage (low impact, high impact, energy). For some this might be a tad too fiddly, but I think it fits the genre nicely.

The skill system is also quite intersting with broad skills (think of skill categories) which can only be bought once (and will not be improved afterwards) and speciality skills which allow the characters to specialize within these broad fields. Again this is a bit more complex than my usual fare, but it fits the scifi genre perfectly, especially if you’re favoring realism.

For several reasons Alternity never was a huge success. It had been released at a time when WotC had already been bought by WotC (or shortly before that) and WotC obviously favored a 3rd Edition of D&D over continued support for Alternity. At least some of the elements from Alternity made a reappearance in WotC’s d20 Modern line. Sometimes I wish they would at least make the Alternity books available in PDF form, as they’ve done with older editions of D&D. But I doubt that will happen anytime soon.

Since I am thinking about using Alternity as the rule system for a campaign I want to run in the future, I am interested in your thoughts on the system. Is anyone still playing Alternity? Has the system worked for you so far, or do you houserule a lot? Please share your thoughts in the comments below!