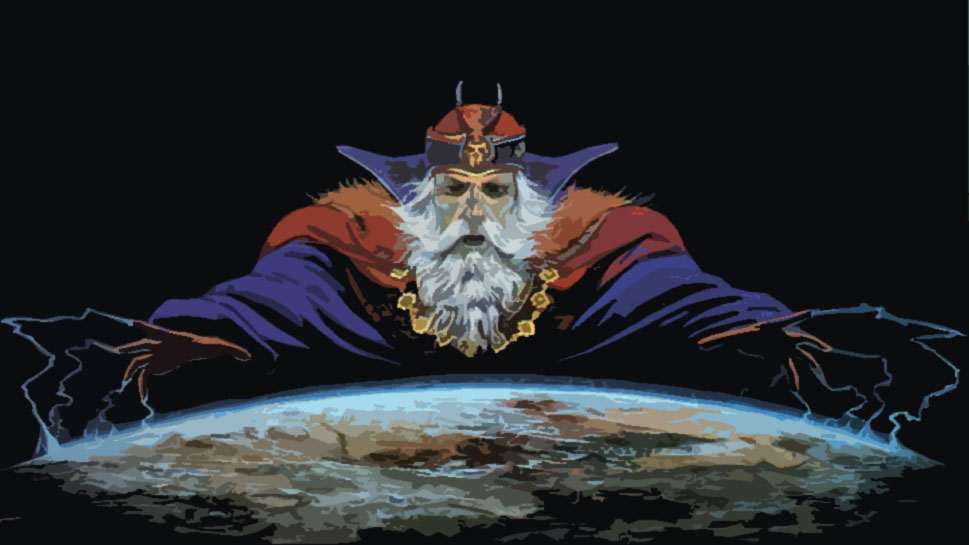 This post was first published in February 2013 on this very blog.

… ask what you can do for the GM. Or let it put me differently: it’s not the GM’s job alone to make sure the game is interesting and fun for everyone. Roberto’s last post focused on the gamemasters, so I thought I should focus on the players this time.

There’s a common misconception in our hobby that the GM is solely responsible for whether a game is fun or not. Sure, a bad GM may ruin a game, but more often than not this could have been avoided with the help of the players. Roleplaying games are a group activity and everyone at the gaming table shares the responsibility of making the game fun. So what can you do as a player to make the GM’s job easier?

Don’t be a dick!
This should be a given, but alas it’s not. All of you probably have heard horror stories about that guy, and a lot of us have actually played with him (or her). Just try to be nice to everyone and treat everyone in a way you want to be treated by others, and everything will be fine. Actually I could stop here, since “don’t be a dick” sums it up pretty well, but I guess, we should go into a bit more detail. By the way, this rule also applies to your character. In most RPGs the player characters are supposed to work as a team. Since when is a back-stabbing, mysterious, loner-type character a team player? You make the GMs job and the other players’ life much easier when you play a team player. That doesn’t mean you can play goody two-shoes only, but at least make sure you work with the rest of the party, even though its to further your own agenda.

Don’t argue with the GM during the game
Especially in most old-school games the gamemaster, dungeon master, referee, or whatever you call him (or her) has the last word when it comes to rules interpretations. His word is law. But that doesn’t mean that discussions about rules or the GM’s ruling crop up every now and then. The correct way is to accept the GMs decision during the game and – if there’s still need for discussion – bring it up after the game.

Help to maintain the atmosphere of the game
Often a GM tries hard to set a certain atmosphere for a game, but it just doesn’t work. The main reason is often that the players don’t support him. This is especially an issue in horror games. If you are an investigator in Call of Cthulhu searching a weird mansion for clues, avoid making jokes all the time, but try to imagine you were actually there, having the nagging feeling that something is terribly wrong. If one or two players work with the GM to set the mood, the rest of the players might actually join in. This will improve the game for everyone.

It’s not all about you
It can’t be said often enough: there’s no I in team. And there’s no I in party either! A lot of players feel the game is all about them. It’s not. The other players and the GM are as important. We all love to be in the spotlight from time to time, but try to avoid shoving your fellow players to the side. I’ve experienced games where the GM and one player basically were engaged in a 2-hour long dialogue while the rest of the players started building towers out of their dice or played around on their smartphone. Especially if some of the players is extremely active and extroverted, the GM might not notice that the other players are bored, because this person demands all his attention. In my opinion it’s the active players’ job to help the other players to get into the spotlight, too.

Play by the rules
I am not talking about the game’s rules, but the rules of the group. If the group is used to serious games, where talking out-of-character is frowned upon and where eating snacks at the game table is considered a mortal sin, try to not to force your less serious, tongue-in-cheek play style on the others. The same is true if you join a group that prefers a more light-hearted approach to the game. Forcing your play style on the group seldom works. Feel free to convince the other players to change their approach to gaming outside of the game, though. But doing so during the game is just a bad idea.

Be on time and don’t leave early!
Usually gaming groups decide on when to play and for how long a long time in advance. Especially with older gamers scheduling becomes a real hassle. Don’t put insult to injury by coming late to the game or leave early because of another appointment. If something suddenly comes up, make sure you inform the GM and the other players in time. That’s actually what I would consider common courtesy, but this issue still comes up in a lot of gaming groups. I can understand that the priorities change over time and some people take gaming activities more serious than others, but that doesn’t mean you should act like a dick.

Bring some snacks, drinks, etc.
In a lot of cases the GM is the one who puts the most time, effort, and money into the hobby. Often the games get played at his or her place, he or she buys the snacks, the game books that are used (including the adventures), provides handouts for the players, buys appropriate background music, etc. – I guess you catch my drift. You can make the GM’s (or the host’s – if he or she’s different from the GM) life much easier by bringing some snacks, drinks etc. that you freely share with the others. It doesn’t need to be every time and you don’t have to bring a lot, but it’s a simple way to show that you care about the game.

There are of course many more ways for a player to help to improve a game. What did I forget? What do you wish would happen at your game table more often (or less often)? Please share your thoughts below. Think about what YOU can do to be a better player!