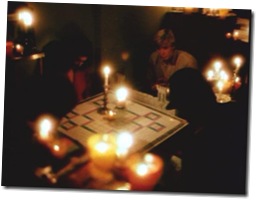 I don’t play any recent edition of D&D right now and I am pretty skeptical about the upcoming next edition. You could come to believe I couldn’t care less about what Wizards of the Coast is doing. But even if we are not caring one bit about the current or future edition of D&D, we can not ignore it.

Dungeons & Dragons is probably one of the few if not the only pen & paper roleplaying game that’s known to non-gamers. It also is the game that a majority of gamers will have played at least once during their “career” and it’s probably the game most people will pick up when they want to give roleplaying games a try.

Even though some of us may wish this wasn’t the case, we have to accept the realities. D&D is still the most influential roleplaying game out there. And how non-gamers see our hobby has a lot to do with how they perceive Dungeons & Dragons.

For the last couple of years D&D 4th Edition shaped how new players and the general populace viewed our hobby and in the near future this role will probably be taken up by 5th Edition or whatever Wizards of the Coast will end up calling it.

Although I have to admit the impact on new gamers and D&D fans will be much larger than on the general populace. If you ask a random person about tabletop roleplaying games they probably know a bit about the basic D&D tropes, tell you something about funky dice and miniatures and socially awkward gamers living in their parents’ basements.

We can all try to change that view on the hobby but the biggest impact on the people’s perception of gaming will always come from D&D in whatever shape or form it takes in the future. It would be a great achievement for the community to change this, but we’re not there yet.

We all know that the hobby is much more diverse, D&D is not the only game out there and there’s more then one way to enjoy tabletop roleplaying games. If we ever want to move gaming more towards mainstream we have to break the misconception that tabletop RPGs = D&D. But until that happens, we can’t just ignore the 800-pound gorilla.

What about The Complete Advanced Feats? A review…