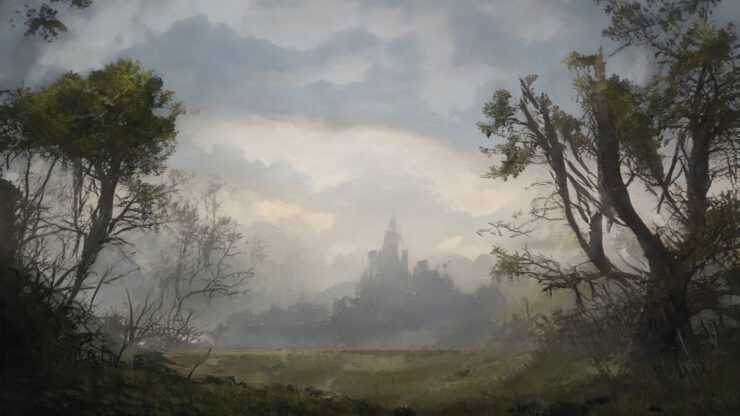 Oh boy, where to start? When it comes to this blog, 2022 has probably been one of my most unproductive years so far. Luckily things weren’t that bad when it actually came to enjoying the roleplaying hobby itself. I am still playing in our regular Pathfinder 1E game and I even managed to get started with a D&D 5E campaign. Last but not least, the Mutant: Year Zero game group met again last week to get the game going again. We haven’t been playing for about two years at that point, and everyone was overjoyed when our GM announced he wanted to take up the mantle again.

One of the weirdest things happened quite recently: I got excited about GURPS again. GURPS was one of the first roleplaying games I ever invested my money in. I was and still am very fond of the GURPS sourcebooks which are usually very well written and researched. The one thing that kept me from actually running the game was that I felt utterly and totally overwhelmed. I made the mistake of thinking I had to use every rule in the book and this looked like an impossible task. When GURPS 4th Edition was released I picked up a copy of the Basic Set, but I think I didn’t even read it properly. I don’t remember what I was expecting back then, I just faintly remembered the new edition was not was I had been hoping for.

Years later I met a couple of people who are very enthusiastic about GURPS. Talking to them made me realize that I had been approaching GURPS the wrong way. Sure, you can use any and all rules, but you don’t have to. It’s more like a toolbox than a complete game. As a GM you have the additional job to decide how complicated you want to make things. It’s perfectly possible to run whole campaigns just with the free 32-paged GURPS Lite rules. As soon as you realize that you – as a GM – are allowed to pick and choose which parts of the rules you want to use, GURPS suddenly feels much more approachable.

Since I have my hands full with the D&D 5E game at the moment, I haven’t made any big plans yet. But I’d love to run at least one GURPS one-shot in 2023 to get my feet wet. Investing into Dungeon Fantasy which is a GURPS-powered fantasy RPG might not be a bad start, heck I might even get some use out of the Girl Genius Roleplaying Game which I bought back in 2021. If time permits I will post about my GURPS-related exploits here on the blog. Hopefully there are a few GURPS enthusiasts among my readers who can share their experiences and provide some tips for a newbie GM.

Last but not least I want to use this post to thank everyone who supported me in 2022, helped me to stay sane, and dragged me out the dark holes I keep digging myself into. I love you guys! With that being said, I wish all of you the very best for 2023! Take care and keep being awesome!

P.S.: If you are interested in Steve Jackson’s first RPG called The Fantasy Trip, which laid the groundwork for what later became GURPS, check out the “The Fantasy Trip” offer at Bundle of Holding!