For those of you that read my previous post about the Pathfinder RPG and are scratching your heads, no my player’s characters did not go up in level SO fast that I’m ready to revisit Pathfinder and discuss game play at mid to high level. What has happened is I’ve gotten some great reaction and feedback to the previous post and would like to address a couple of issues.

First of all let me thank all of you who had kind words for the review. I’m glad you liked it, found it useful or maybe shared some of my experiences. I also received some feedback from close friends and players and some comments in the Puerto Rico Role Players Facebook Group (the discussion is mostly in Spanish but you are more than welcome to drop by) where I provided a link to the post.

Two friends talked with me or wrote with some excellent points and while I invited them to come over and post here in the blog neither were inclined to do it, so asked them if I could address their opinions on this follow up piece.

My group’s resident rules-lawyer and official hobbit accountant, both honorifics he carries with pride, disagreed on various points with my review. He pointed out that even when I say that save or die spells have been eliminated from the game there are various spells, such as Sleep and Color Spray that while not killing you outright, failing a save likely means the end of your character.

This is true, but in most instances not all characters will fail the saving throw and while the spells may incapacitate some players, their allies will have a chance to protect them. Even if all players are unconscious or fall asleep due to a spell the GM is not obliged to kill them outright, there are all sort of options, capturing them for example, that create interesting situations in the game. It was harder with spells where the survival of the player rested solely on the roll of the die. So there is still the potential for deadly spells there but I think they have been greatly reduced.

He also thought that D&D 4th edition combat can be as complex and tactical as Pathfinder, and even more so. I think there might be some truth to this. While Pathfinder retains some of the complexities of D&D 3rd edition in terms of math and recalculating bonuses with buffs and effects, D&D 4th edition with marking, sliding, pulling and all sorts of other things you can do with powers may provide more tactical options during combat. For some people this may be a strength of that system…. 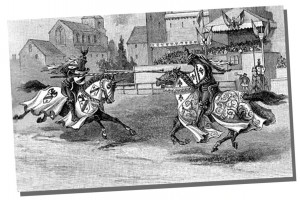 But another player when we were talking about Pathfinder, the review and comparisons I might have made with 4th edition said “I don’t want to know all the details of how, where, when I hit him and how much I shifted him or teleported him, I just want to know if I  hit him and get on with the story”. I was surprised because this particular player is also a big war gaming fan. When I asked him why he felt this way despite liking tactical game so much he said something to the effect that he played RPGs for a different reason that war games.

He summarized his feeling about Pathfinder saying that while there may be many different rules, once you know them the game runs smoothly. He felt that when playing D&D 4th edition there was one rule with endless different exceptions and variations and it exhausted him. So I guess I can say that it’s a matter of taste and what you want out of your game.

I still stand by my appreciation that the Pathfinder RPG is an excellent option if you want to keep playing in the spirit of previous D20 editions of the world’s most famous fantasy RPG. It was not meant to be a disparaging comment on D&D 4th edition, which is a great game on its own right. Different strokes for different folks!

Thanks for your opinions and comments!

What about the new D&D comic? A review!