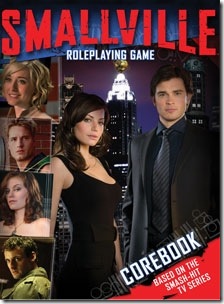 As in the months before we can provide you with a coupon code that let’s you purchase a couple of great RPG products at DriveThruRPG with a 20% discount. The coupon is good until August 15 and can be used for the following products:

The coupon code for the month is CoolJulySave2011.

In addition to that, I have one copy of the Smallville RPG to give away for free! So, what do you need to get a coupon code that allows you to download this fine game for free? First you need a DriveThruRPG account and secondly you need to reply to this post and tell me what your favorite post at Stargazer’s World is. I’ll pick the winner tomorrow at noon GMT+2.

Get 20% off of selected titles at DriveThruRPG until July 10th

When Irish Dice Are Rollin’: March discounts at DriveThruRPG