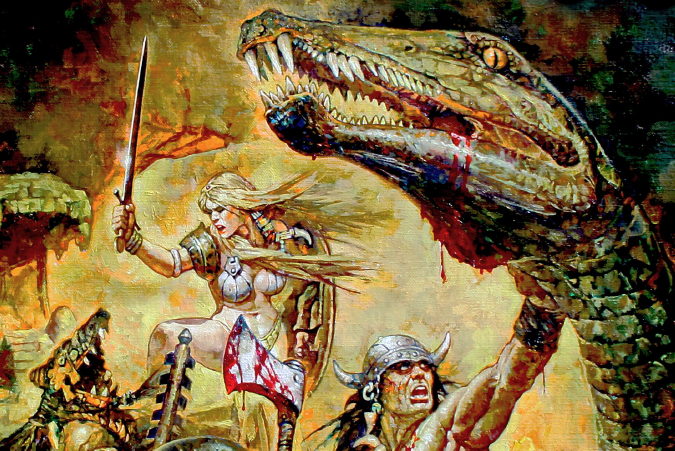 This is what you’ve been waiting for, the conclusion of my Conan – Adventures in an Age Undreamed Of review! Usually my reviews are not that long, but this time I decided it was time to try something new. Please let me know in the comments below if you prefer this more in-depth approach to shorter first look posts. 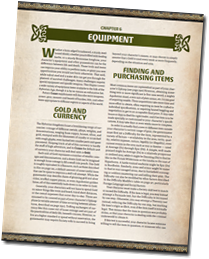 Before having a look of the rest of the book’s content I have to talk about the artwork. I already mentioned Modiphius’ high production values in the first part of the review, but I just have to mention it again. You’ve seen the pieces I included in my review and I doubt you’ll disagree with me if I say that the artwork used throughout the book is not only gorgeous but also a perfect fit to the source material. The layout is a standard two-columned layout, the fonts chosen are highly readable. I’ve definitely seen fancier layouts in my time, but I get the impression that Modiphius focused on readability over fancy here. This was actually a wise decision because a lot of modern RPGs are often being accused of being hard to read especially if you’re eyesight is not as it used to be. Since we roleplayers are an aging demographic, it makes sense to keep things like that in mind. Nevertheless, the Conan corebook is a sight to behold. I can’t wait to get my hands on a physical copy!

Before delving into The Hyborian World and the remaining parts of the book, let’s have a quick look at equipment. Conan has a quite extensive chapter on equipment, including long lists of various weapons, armor, and other belongings. There are also rules for mounts like horses or more exotic ones like camels. Since Conan was also an infamous pirate for a time of his life, we also get rules for boats and ships. These are not too detailed, but at least allow you to make use of sea travel in your adventures.

Do you remember Combat Dice? When rolled a 5 or 6 on those, additional effects are triggered. This is where Weapon Qualities come into play. For example the Fearsome X quality inflicts X mental damage for each Effect rolled. There are also a some qualities who have permanent effect like Fragile (see below).

While these qualities are definitely cool and help to make weapons way more interesting, it’s also another element which may slow down combats. Why do I keep bringing this up? My go-to sword & sorcery game so far has been Barbarians of Lemuria which allows fast, cinematic action. Conan does promise a similar gaming experience, but I fear it might not be that fast and cinematic when it comes to combat. Is this a bad thing? Not necessarily. I actually think that the depth offered by Conan – Adventures in an Age Undreamed Of might be one of its strength, but if I want to run a quick one-shot set into the Hyborian Age, I might just use BoL instead. When it comes to longer campaigns, Conan definitely wins. 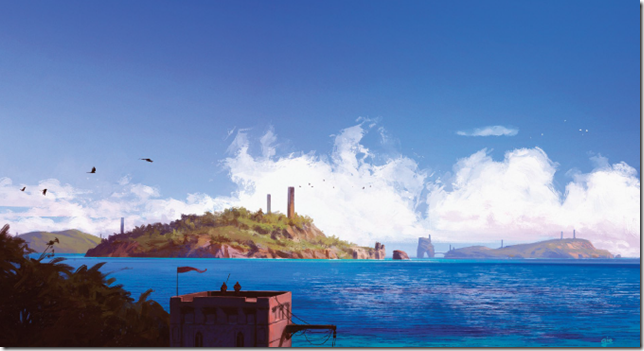 For most people the reason why they pick up a Conan game is the setting. The Hyborian Age, Robert E. Howard’s vision of a time before history, is an exciting place and time which feels exotic and familiar at the same time. Chapter 8 of this book gives a great overview of our world during that (fictitious) time. 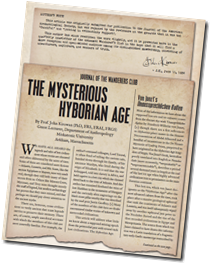 You get detailed descriptions of each of the major countries including a Hyborian shorthand, which give you hints on which Hyborian nation is similar to nations from out own history. This is a great help to everyone new to the world of Conan. If you realize that Aquilonia is a bit like medieval France while Stygia is close to ancient Egypt, it’s much easier to get a firm vision of the world you’re playing in.

I won’t go into much detail regarding the Hyborian Age myself. There are countless sources on the net which can do a way better job than me describing what makes the world so intriguing. Your answers might just be one Google search away. One of its strength is definitely that is written as if it was real history and a lot of people and places are inspired by ancient cultures. Regardless of what kind of adventures you want to experience, the Hyborian Age has the perfect region for you to explore. The chapter also includes countless tips on what adventuring opportunities are available in the various regions and makes it a great tool for the GM. 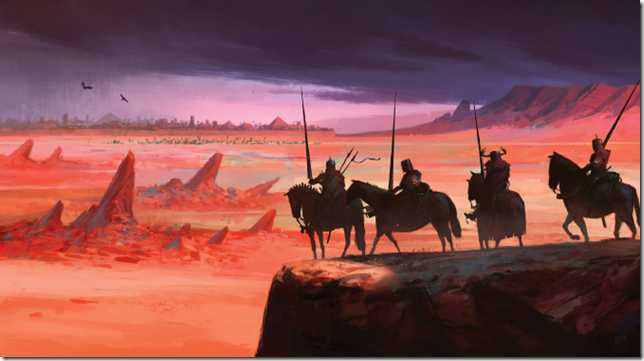 The Gamemastering section of the book not only give some standard tips on how to run any RPG but also concrete advice on how to handle certain aspects of the 2d20 System including how to deal with Momentum and Doom. It also explains the use of Fortune, the other meta-currency which I mentioned in one of the earlier posts.

Fortune points can be used to add additional dice to a Skill test, perform additional actions during combat, quickly regenerate stress (Second Wind), overcome weakness (ignore the effects of Harm), or influence the story. The latter is something which has become very popular in recent years following the popularity of indie games like Fate or Apocalypse World. Giving up a bit of control is something quite a few GMs struggle with, but often it helps to invest players more deeply into the game. In fact the whole Momentum/Doom mechanic helps the players to get some control over how the game flows. I think I forgot to mention in earlier parts that players can add d20 to their rolls by giving Doom to the GM. This way, they can improve their chances but at the cost of complications on the road ahead. I’ve experienced this firsthand during the Star Trek playtest, and I like it a lot. Usually I fear such mechanics might mess with immersion, but luckily this was not the case. It’s definitely something which works great in the 2d20 System. Fortune Points don’t refresh automatically, but need to be earned. They can be given as rewards by the GM, or are gained when a player character’s traits or personality complicate their lives.

One thing I enjoyed seeing in the Gamemastering section was not only the sidebar about creating an adventure the Robert E. Howard way, but also a list of elements which make a good Conan story. Creating a good adventure for your players is one thing, but often it’s more complicated to make it a good fit to the source material. There’s a difference between a generic fantasy adventure and something which feels as if it came directly from Howard’s Conan stories.

There’s even a section about what the players do between their exciting adventures: carousing. There are a couple of tables you can roll on to make things more fun like the Carousing Events table with results like Mistaken Identity or Rivals in Town which may easily create hooks for new adventures. The Gamemastering chapter concludes with a section on experience, character improvement, and treasure. 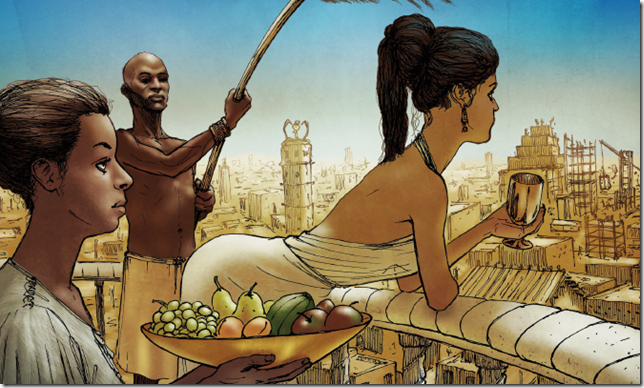 No roleplaying game core book is complete without a Bestiary and that’s exactly what the Encounters chapter is about. On approx. 50 pages you get rules for running encounters and an extensive bestiary which includes mundane threats like bandits, to more exotic ones like Dwellers of the Deep or Mummified Sorcerers. Last but not least you get the stats of some characters of reknown, like mighty Conan himself, or the sorcerer Thoth-Amon.

If you want to delve right in, Conan – Adventures in an Age Undreamed Of includes an introductory adventure, which I will not spoil here, and a couple of pages on “Heroes of the Age” which are possible allies or enemies created by backers of the Conan RPG Kickstarter project. I haven’t really checked if these characters might also be suitable as player characters, but they can at least help you to come up with characters appropriate for the setting in addition to being a GM resource.

The book concludes with a list of the Kickstarter backers, a three-paged index and the character sheet. I also should mention that the PDF is fully bookmarked and a printer-friendly version is included in the purchase.

Again I have to stress that I didn’t play Conan yet, but I think I have enough experience with the 2d20 System to judge it properly. Having said that, I am confident to say that Conan – Adventures in an Age Undreamed Of is definitely the best Conan game to date, and among the very best sword & sorcery RPGs in general. If you are planning to run (or play in) a long campaign set into the Hyborian Age, it’s the perfect game. For a one-shot, I guess it might be a tad too complex, but that depends on your personal preferences. What I like a lot is that which the purchase of the core book you get everything you need to run the game for a long, long time. It’s not like some other RPGs wherer you need at least two or three books before you can get started.

Would I recommend Conan to a friend? Definitely! I am already thinking about asking my friend Marcus (who has some experience playing it already) to run it for us as soon as the Star Trek playtest concludes. Will I run it myself? That depends on whether I get someone else to run it for me, but if asked I would definitely do so. The rules are solid, the presentation is top notch, and the world is exciting and exotic but also slightly familiar and approachable even if you haven’t read any of Robert E. Howard’s stories. If you are even slightly interested in sword & sorcery RPGs you definitely should pick up a copy of Conan – Adventures in an Age Undreamed Of, you won’t be disappointed!

Conan – Adventures in an Age Undreamed Of is currently available from either Modiphius directly or from DriveThruRPG. The digital copy which was the basis for this review sets you back about $25 or your local equivalent. Thanks again to Chris Birch for providing me with a review copy.